Tweets or notification circulars on GST 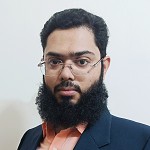 
Following the discussions on my last article Confusions in GST Law: Part 1 with various people I feel that it is necessary to clarify certain concepts which might have become blurred after the implementation of GST and its roller-coaster ride till date.

The first thing is that there are certain hierarchies in the legal texts. The Supreme is the Constitution of the Country then comes the Act, after that the Rules and Notifications and the last is Circulars. Apart from these there are Judicial Pronouncements by various Courts.

As far as the specific Law is concerned and in our case the GST Law the hierarchy is as follows:

At the top is always the Act. The Act is passed by the Parliament which is the law making body of the country (Legislature). No Rule, Notification or Circular can supersede it. Anything contained in the Rules, Notification or Circulars which is outside the purview of the Act is bad in law and can be challenged in a Court of Law. Although there are many judgments the recent judgement of the Honorable Supreme Court in the case of Union of India And Anr. Versus M/s. Intercontinental Consultants And Technocrats Pvt. Ltd suggests the same.

The Rules are framed by the Government. Its purpose is to define how to carry out the provisions of the Act. The Government carries out various amendments in the Rules through Notifications from time to time. These two comes at the second level of hierarchy.

The above mentioned Acts, Rules/Notifications, Circulars all have legal validity up to their extents. But now in GST regime there are certain information sources which are being treated by people as the most superior to all. I am talking about "tweets" on twitter on various Government managed Handles. The general public and even consultants are treating them at par with the Acts and Rules. This is totally wrong.

Information on twitter by genuine Government managed handles give quick information but these will have legal validity only if they are converted into Notifications. In the same manner twitter was also used as a medium to ask questions from the Government and they provided their clarifications and answers. This was promoted by the Government because it was quicker than any other method be it forums, e-mails, GST Portal etc.

The Government then consolidated all the relevant queries asked by various stakeholders and formed a FAQ document which can be accessed on the CBEC's GST page. Many of the queries were concerning interpretation of Law. People have placed complete reliance on replies to such queries which is obviously not correct because all such FAQ documents whether by Government or any other Governmental or Professional bodies either ends or start with a very reassuring line - "The replies quoted are only for educational and guidance purposes and do not hold any legal validity".

The Government and various bodies themselves know that whatever these documents contain are just opinions even though based on the relevant laws. No taxpayer is bound by such replies. They should consider the opinions of Government, CBEC and various professional bodies as they have experts in their panel preparing questionnaires and doing research work continuously but wherever any content is inconsistent with law or there is a question of interpretation of law then these tweets cannot be said to be the ultimate solution.

Tweets were meant for quick dissemination of information regarding due dates of returns, details about various options and forms available on GSTN Portal etc. and to give provide quick redressal of procedural problems. So the taxpayers and professionals should let it be that way.