Recently the high court has ruled in favour of the Indian arm of Shell Plc in a tax case that made waves internationally in a transfer pricing case thereby affirming that it is not difficult to do business in India. The highlight is that the revenue had been defeated consecutively for the second time after its setback against Vodafone earlier this month. 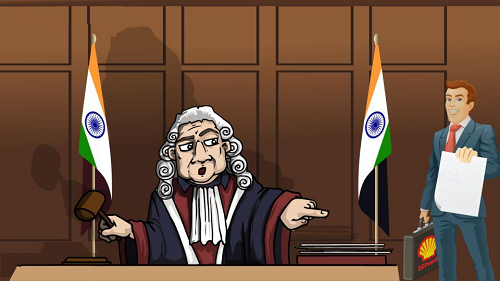 In March 2009 Shell India Markets (P) Ltd had issued 8.7 crore shares to its overseas parent company Shell Gas BV at a face value of Rs 10/- per share. The tax authorities charged Shell India for under-pricing of shares transfer within the group and charged Rs 15,220 crore thereon for evading taxes in 2007-08. Further more the tax authorities had issued show cause notice in another transfer pricing case adding another Rs 3100 crore to Shell India’s income for the financial year 2008-09  thereby contending the total taxable income to Rs 18000 crore.  The revenue department challenged the valuation methodology of Shell India and pegged the value of the shares at Rs.180. It then added the difference to the taxable income of Shell India, claiming that this amount should have by rights accrued to it had it sold shares at a fair value.

As it gets intense Shell India had decided to move to the High Court challenging the tax notice against the revenue. The company challenged the decisions of the tax department through a writ petition.  The court states that “Transfer price is the price at which divisions of a company transact with each other” As per rules, such transactions between group companies based in different countries should apply an Arm's length pricing. This is to ensure that a fair price is levied on such transactions and it compiled that “funding a subsidiary by issuing shares is a common practice among multi-national companies which view this as a capital transaction and out of the transfer pricing bracket, However, the tax department argues that such a deal is a transfer pricing arrangement by which the shares issued are undervalued and hence the company is liable to pay tax on the income generated out of it.  The court on quashing the order and show cause notice said that the transfer-pricing regulations would not be applicable if there is no income component involved in the transaction which is the basic concept.  The decision is a relief not just for Shell but for all multinationals that have faced adjustments on share issuance. The court felt the tax department clearly exceeded its jurisdiction to bring to tax a capital transaction,"

Similarly last month, the court had ruled in favour of the Indian subsidiary of Vodafone Group Plc in two similar cases of transfer-pricing adjustments of over Rs.4,500 crore made by the I-T department.  These transfer-pricing tax orders passed against Shell and Vodafone stem from the alleged undervaluation of the shares issued by the Indian firms to their parent companies. Both subsidiaries were private and either wholly or majority owned by the parent.  Currently more than 20 companies such as Bharti Airtel Ltd, Essar Group firms, HSBC Securities, and Havells India Ltd are contesting transfer-pricing tax orders similar to Vodafone and Shell, Considering this outcome the order against these firms will have a positive impact in fighting against the tax department on similar grounds.

It’s high time that the revenue department must undertake a study of recent decisions from various appellate authorities and issue instructions to avoid frivolous additions. This will call for substantial review of the process of assessment and dispute resolution; Hope this impact creates a conducive place for doing business in the coming years despite the Shutdown of Nokia Plant and Vodafone’s detestation testimonial on business atmosphere in India