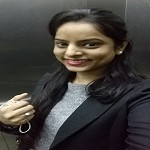 
The journey of Companies (Amendment) Bill started on 16th March, 2016 in Lok Sabha. Thereafter it was referred to Standing Committee Finance on 12th April, 2016 for its examination. Committee after its examination and after receiving suggestions and views from professional Bodies etc. adopted its report on 30th November, 2016.Then it was finally passed by the Lok Sabha on 27th July, 2017 and Rajya Sabha on 19th December, 2017 respectively and presented to president for his consent. On 3rd January 2018, received the assent of President.

And now after clearing all the above mentioned stages finally The Companies Amendment Act, 2017 notified in official Gazette on 3rd January, 2018 but still its implementation date is yet to be notified by MCA. (http://mca.gov.in/Ministry/pdf/CAAct2017_05012018.pdf)

The Amendments under the Act aims to solve difficulties in implementation owing to stringent compliance requirements. It helps in Rectifying omissions and inconsistencies in the Act. Also the stringent provisions with respect to penalties are introduced. Following are the top 35 useful and rememberable changes of Companies Amendment Act, 2017:

I hope you will find the same useful and rememberable.

The author can also be reached at jainaarti37@gmail.com