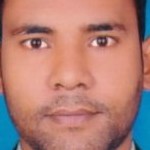 
The Real Estate (Regulation and Development) Act, 2016 (“Act”) received the assent of the President on the 25th March, 2016. It extends to the whole of India except the State of Jammu and Kashmir.

It come into force from 1st May, 2016 with 69 of 92 section notified, by notification in the Official Gazette, appoint.

An Act to establish the Real Estate Regulatory Authority for regulation and promotion of the real estate sector and to ensure sale of plot, apartment or building, as the case may be, or sale of real estate project, in an efficient and transparent manner and to protect the interest of consumers in the real estate sector and to establish an adjudicating mechanism for speedy dispute redressal and also to establish the Appellate Tribunal to hear appeals from the decisions, directions or orders of the Real Estate Regulatory Authority and the adjudicating officer and for matters connected therewith or incidental thereto.

69 Sections of the Real Estate (Regulation and Development) Act, 2016 notified by the Ministry of Housing & Urban Poverty Alleviation on April 27, 2016 bringing the Act into force with effect from May 1, 2016.

The Central and state governments are liable to notify the Rules under the Act within a statutory period of six months w.e.f May, 2016.

The Act as has been projected seems like angel legislation aimed at consumer protection and at bettering the flow of finances through Indian financial institutions and vide FDI, by regulation of the real estate sector by establishing a governing body.

How it benefits builders:

It proposes to impose penalty on allottees for not paying dues on time. Also the builder will have the opportunity to approach the regulator in case there is any issue with the buyer.

But, builders believe that the bill was heavily stacked against them. The bill provides for penalty, up to 10 per cent of the total project cost or even imprisonment, if builders do not honour their commitment or fail to register themselves with the regulator.

The real-estate sector in India is unorganized which leads to various discrepancies in the functioning. The bill will establish state-level authorities called Real Estate Regulatory Authorities (RERAs) which will regulate transactions related to both residential and commercial projects.

The bill ensures that 70 per cent of the money taken from buyers has to be kept aside in a separate bank account and this money can only be used for construction activities. This will ensure that the sellers don’t invest the money received from one project into another project.

It will become mandatory for sellers to disclose all information like project layout, approval, land status, contractors, schedule and completion of project with customers as well as the RERA.

If the developer fails to hand-over the property to the buyer on time, then he would be liable to pay same amount as interest which he is charging from the buyer on delay in payment. Also, the property cannot be sold on the basis of ‘super area’ which includes both flat area and common area. If the developer violates the orders of Appellate Tribunal, then can get a jail term of up to 3 years or penalty.

It has been made mandatory to set-up an allottees association within 3 months of the allotment of major units/properties, so that the residents can manage common facilities like a library and a common hall. Also, if the buyer finds any structural deficiency in the property, then he/she can contact the developer for after-sales service within one year of possession.

The salient features of the Act, as was initially proposed, are as follows:

a. No promoter shall advertise, market, book, sell or offer for sale, or invite persons to purchase in any manner any plot, apartment or building, as the case may be, in any real estate project or part of it, in any planning area, without registering the project.

2. Where the promoter has received completion certificate for a real estate project prior to commencement of this Act.

3. In case of renovation or repair or re-development which does not involve marketing, advertising selling or new allotment of any apartment, plot or building, as the case may be.

a. Every promoter shall make an application to the Authority for registration.

b. The promoter shall enclose the following documents along with the application:

d. If the Authority fails to grant the registration or reject the application, as the case may be, the project shall be deemed to have been registered.

a. The promoter shall deposit 70% of the amounts realized in a separate account to be maintained in a scheduled bank to cover the cost of construction and the land cost and the account shall be used only for that purpose.

b. The promoter shall withdraw the amounts, to cover the cost of the project, in proportion to the % of completion of the project after it is certified by an engineer, an architect and a chartered accountant in practice.

a. The promoter shall get his accounts audited within six months after the end of every financial year by a chartered accountant in practice.

b. The promoter shall also produce a statement of accounts duly certified and signed by such chartered accountant.

c. It shall be verified during the audit that the amounts collected for a particular project have been utilized for the project and the withdrawal has been in compliance with the proportion to the percentage of completion of the project.

The Authority may, on receipt of a complaint or suo- motu in this behalf or on the recommendation of the competent authority, revoke the registration granted to the promoter, after being satisfied that—

The Authority, upon the revocation of the registration—

REGISTRATION OF THE REAL ESTATE AGENT

b. Every real estate agent shall make an application to the Authority

c. The Authority shall, upon satisfying itself –
Grant a single registration to the real estate agent for the entire State or Union territory, as the case may be, or reject the application.

d. He shall be deemed to have been registered In the case of no deficiencies and rejection.

e. He shall be granted a registration no. which shall be quoted in every sale facilitated by him.

f. Every registration shall be valid for such period as prescribed, and shall be renewable.

FUNCTIONS OF A REAL ESTATE AGENT

Every Real Estate Agent registered under the Act shall—

FUNCTIONS OF A PROMOTER

1. The promoter shall, upon receiving his Login Id and password, create his web page on the website of the Authority and enter all details of the proposed project as provided under the Act, in all the fields as provided, for public viewing.

2. The advertisement or prospectus issued or published by the promoter shall mention prominently the website address of the Authority.

3. The promoter at the time of the booking and issue of allotment letter shall be responsible to make available to the allottees, the following information, namely:

a) Sanctioned plans, layout plans, along with specifications, approved by the competent authority, by display at the site or such other place as may be specified by the authority.

b) the stage wise time schedule of completion of the project, be responsible to obtain the completion certificate or the occupancy certificate, or both, as applicable, to obtain the lease certificate, where the real estate project is developed on a leasehold land, conveyance deed of the apartment, plot or building, as the case may be, in favour of the allottees and not mortgage or create a charge on such apartment, plot or building.

OBLIGATIONS OF THE PROMOTER

1. Allottees if sustains any loss or damage by reason of any incorrect, false statement included therein, he shall be compensated by the promoter in the manner as provided.

2. A promoter shall not accept a sum more than 10% of the cost of the apartment, plot, or building as the case may be, as an advance payment or an application fee, from a person without first entering into a written agreement for sale with such person and register the said agreement for sale, under any law for the time being in force.

3. The proposed project shall be developed and completed by the promoter in accordance with the sanctioned & layout plans and specifications as approved by the authorities.

4. The promoter shall not make—

a) Any additions, alterations in the sanctioned & layout plans and specifications and the nature of fixtures, fittings and amenities described therein in respect of the apartment, plot or building without the previous consent of that person.

b) Any other alterations or additions in the sanctioned & layout plans and specifications of the buildings or the common areas without the previous written consent of at least 2/3 of the allottees except promoter, who have agreed to take apartments in such building.

5. In case any structural defect within a period of five years, it shall be the duty of the promoter to rectify such defects without further charge, within thirty days, and in the event of promoter's failure to rectify such defects within such time, the aggrieved allottees shall be entitled to receive appropriate compensation in the manner as provided under this Act.

6. The promoter shall not transfer or assign his majority rights and liabilities in respect of a real estate project to a third party without obtaining prior written consent from two-third allottees, except the promoter, and without the prior written approval of the Authority.

7. The promoter shall obtain all such insurances as may be notified by the Govt.

8. The promoter shall execute a registered conveyance deed in favour of the allottees.

9. If the promoter fails to complete or is unable to give possession of an apartment, plot or building,—

A) in accordance with the terms of the agreement for sale or, as the case may be, or
B) Due to discontinuance of his business as a developer,
He shall be liable on demand to return the amount received by him with interest.

10. Where allottees does not intend to withdraw from the project, he shall be paid, by the promoter, interest for every month of delay, till the handing over of the possession, at such rate as may be prescribed.

ROLE OF COMPANY SECRETARY AS A LEGAL REPRESENTATIVE CLAUSE 48

Right to legal Representation before the tribunal: - The applicant or appellant may either appear in person or authorize one or more chartered accountants or company secretaries or cost accountants or legal practitioners or any of its officers to present his or its case before the Appellate Tribunal. (In Practice)

NOCs from Central and State Governments

It is intended to ensure that all new projects are given EC after the suitability of a site and   environment impact has been duly assessed.

Under the provisions of this Act, prior approval of the Central Government is essential for diversion of forest lands for the non-forestry purposes.

The development or construction activities in different categories of CRZ area are regulated by the concerned authorities at the State/Union Territory level.