The Other Side of Nomination - You Must Know 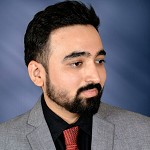 Your estate is the combination of everything you own - your home and other real estate, current and savings accounts, investments, life insurance, car, furniture, personal possessions and so on. Estate planning fulfills your wishes by making a detailed plan of the division of your estate in advance (who, what, when, how and how much), amongst the ones you want to give after your demise.

However, estate planning is much more than just physical assets and also includes:

Most Indian Families don't believe in Estate Planning. A few people also have a myth that doing a nomination would suffice. However, that is not true.

A nominee acts like a Trustee. The Insurance company, Mutual fund or your Shares will be passed on to the Nominee, someone you trust, who can further help, in process of passing it to your legal heirs.

Otherwise, the legal heirs will have to go through the process of producing all kind of certificates like death certificate, proof of relation etc., The whole process is really cumbersome! So, to simplify, if a nominee exists, these hassles do not happen, since the company is bound to transfer all your money or assets to the nominee.

The company then goes out of scene & then, it is between nominee and legal heirs.

For most investments, a legal heir is entitled to the deceased's assets.

A legal heir will be the one who is mentioned in the Will.

However, if a will is not made, then the legal heirs of the assets are decided according to the succession laws, where the structure is predefined on who gets how much. The succession laws are quite complicated and no one would want their families to go through lawyers and courts for the assets of their beloved deceased family members.

Nomination is a right conferred on the holder of a Policy of Life Assurance on his own life to appoint a person/s to receive policy moneys in the event of the policy becoming a claim by the assured's death. The Nominee does not get any other benefit except to receive the policy moneys on the death of the Policy Holder.

Insurance (Amendment) Act 2015 has created a ‘beneficial nominee' category which includes only close relatives of policyholders. Now if policyholder nominates his father, mother, spouse or children in an insurance policy, they become beneficial owners of claim proceeds.

In case of EPF also nominee is the person who will inherit the fund and not legal heir. As per rules, in EPF account one has to appoint his family member as nominee.

Under the provisions of the Companies Act and the Depositories Act, Acts which govern the transfer of shares, the role of a nominee was different.

Reading of Section 109(A) of the Companies Act and 9. 11 of the Depositories Act makes it abundantly clear that the intent of the nomination is to vest the property in the shares which includes the ownership rights there under in the nominee upon nomination validly made as per the procedure prescribed.

It means that if you have not written a will, anyone who has been nominated by you for your shares will be the ultimate owner of those stocks. The succession laws on inheritance will not be applicable but, in case, you have made a will, that will be the source of truth.

Here nominee is a Trustee. While filling in the application form, there is a provision to fill in the nomination details.

You can also change nomination later by filling up a form which is available on the mutual fund company website.

Nomination in mutual funds is at folio level and all units in the folio will be transferred to the nominee(s).

If an investor makes a further investment in the same folio, the nomination is applicable to the new units also.

5. Nomination in Bank accounts and other investments

Section 45-ZA (2) (Banking Regulation Act) merely puts the nominee in the shoes of the depositor after his death and clothes him with the exclusive right to receive the money lying in the Account.

So next time, you get a mail from bank/ financial institution for updating Nominee.. Take Action.

The author can also be reached at info@nimitwealthmanagement.com