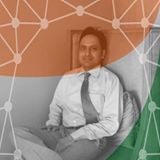 The Government of India on 21st February, 2019 promulgated the unregulated deposit schemes ordinance 2019 to curb Ponzi scheme, this ordinance called The Banning of Unregulated Deposit Schemes Ordinance, 2019. It extends to whole of India except the State of Jammu and Kashmir.

The ordinance provides a comprehensive mechanisium to ban the unregulated deposit scheme and protect the interest of depositors. The Ordinance will immediately tackle the deposit taking activities in the country launched by rapacious operators.

The Ordinance amend the three laws i.e. the Reserve Bank of India Act 1934, the Securities and Exchange Board of India act,1992 and the Multi-State co-operative societies  act, 2002.

WHAT IS 'UNREGULATED DEPOSIT SCHEME'

Section 2(17) of the ordinance defines unregulated deposit schemes means a Scheme or an arrangement under which deposits are accepted or solicited by any deposit taker by way of business and which is not a Regulated Deposit Scheme.

The regulated schemes are such which are regulated by following regulators, namely:-

PROVIDED THAT if the amounts received under items (i) to (iv) become refundable, such amounts shall be deemed to be deposits on the expiry of fifteen days from the date on which they become due for refund:

PROVIDED FURTHER that where the said amounts become refundable, due to the deposit taker not obtaining necessary permission or approval under the law for the time being in force, wherever required, to deal in the goods or properties or services for which money is taken, such amounts shall be deemed to be deposits.

Receiving or soliciting deposits, but does not include—

'Property' means any property or assets of every description, whether corporeal or incorporeal, movable or immovable, tangible or intangible, and includes deeds and instruments evidencing title to, or interest in, such property or assets, wherever located;

No person by whatever name called shall knowingly make any statement, promise or forecast which is false, deceptive or misleading in material facts or deliberately conceal any material facts, to induce another person to invest in, or become a member or participant of any Unregulated Deposit Scheme.

The ordinance provides for the Central Government may designate an authority, whether existing or to be constituted, which shall create, maintain and operate an online database for information on deposit takers operating in India.

Every deposit taker which commences or carries on its business as such on or after the commencement of this Ordinance shall intimate the authority about its business in such form and manner and within such time, as may be prescribed. The Competent Authority may, if it has reason to believe that the deposits are being solicited or accepted pursuant to an Unregulated Deposit Scheme, direct any deposit taker to furnish such statements, information or particulars, as it considers necessary, relating to or connected with the deposits received by such deposit taker.

The author can also be reached at kapilca@yahoo.co.in