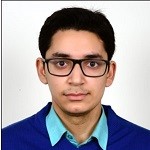 Lok Sabha Elections are on the way. This may sound a trending topic these days to discuss the various sources of income and relative taxation of such income of political parties. It is interesting to get to know what all income tax benefits do these political parties enjoy and what all conditions they need to fulfill for same.

In India political parties are governed by Representation of the People Act, 1951.

Its section 29A defines as to what constitutes a political party:-

Sources of Income of Political parties

In some cases , it may happen that political parties have to engage in some venture which may or may not result in profit, but these activities are ancillary to main work of political parties and thus it is not considered as business income, and instead forms part of income from other sources.

Example to above point may be of a canteen opened in the office of political parties, where food is served to members of such party. Income from such service (if paid) is considered as income from other source and not as business income.

What are Electoral Bonds?

Section 13A of The Income Tax Act, 1961 provides 100% exemption from paying taxes to political parties for following incomes:-

Section 13A of The Income Tax Act, 1961 states that following conditions need to be satisfied to claim exemption under the act:-

Return of Income of Political Parties

As per Section 139(4B) of the Income Tax Act, 1961, Political parties have to file their return of income in ITR-7 if the total income in respect of which the political party is assessable (without giving effect to the provisions of section 13A) exceeds the maximum amount which is not chargeable to income-tax.

The section puts responsibility of filing of return of income on the Chief Executive officer or Secretary or any other designation.