Tax Planning through a will 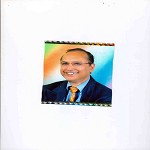 One of the important means of tax planning which can be adopted through a Will is the creation of a Hindu Undivided Family (HUF). Under the provisions of Section 64(2) where a member of a Hindu impresses his self-acquired property with the character of the joint family property, the income there from is to be clubbed with the income. This advantage can be overcome by proper tax planning by transfer of certain property in favour of the coparcenaries of a Hindu governed by the Mitakshara School of Hindu Law so that a separate Hindu undivided family comes into existence which is recognised as an independent and separate taxable entity under the Income Tax Law.

The reason is obvious. After the demise of the testator, the assets given to the minor child would result in separate funds of the child, income from which would not be clubbed once the minor attains majority. It is possible to avoid clubbing of income of the minor by tying the funds to a minor's trust based on the principles of a Supreme Court decision in CIT v. Mr Doshi, 1995211 AIR 1 (SC). Hence, a Will can be adopted as a proper device for the transfer of property by way of a bequest through a Will leading to a lot of tax saving.

Tax Planning for Transfer of Funds to Wife by a Will

During a taxpayer's lifetime any gifts made to one's wife or vice-versa, are liable to be included in the income of the donor under the provisions of Section 64(1). However, when bequests are made in favour of one's spouse through a Will, obviously there is no question of clubbing of income. This can result in a lot of tax saving. With the abolition of the estate duty, this device, as well as other modes of transfer of property through Wills, can be adopted.

Tax Planning for Transfer to Daughter-in-law by a Will

Tax Planning for a Discretionary Trust through a Will

Tax Planning of a Discretionary Trust through a Will for Business