Maybe, just like me, you felt confident going to the exam hall.

Or maybe you were not so sure about what are you writing in your answer-sheets.

Either way, you and I failed the exams. Let's talk about how to bounce back from that failure.

In my mind, everything I'm going to talk about in this article comes down to two main points:

Now, I think the main reason failure seems so monumental and terrible is that nobody likes to talk about it. For a while, you won't even believe that this happened.

We are never taught to put ourselves in a vulnerable position by revealing our failures - so we just tend to project our successes.

As a result, people often have to deal with their failures alone. That's not the right approach.

So in order to make it clear that you're not alone - that we're both on the same playing field - I'm going to put my own failure out there for all the world to see.

For starters, I definitely wasn't a perfect student but a bright one. I did well in all exams overall, but I failed for CA Final Group-II exams. I don't know how, but it happened.

I remember walking out of my office last day and thinking, 'That's it. My life is over.' 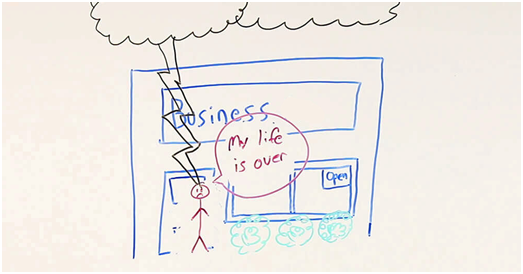 I was sure that no one would ever want to hire me-why would they?

I somehow, went home and figured everything out.

These failures are the low points in the dynamic graph of my life.

Because that's certainly, how life works. It's not always a linear curve going upwards. It's a roller coaster ride, you won't feel that kick of going up - If you don't go down.

Instead, it's a chaotic and non-linear progression of successes and failures. 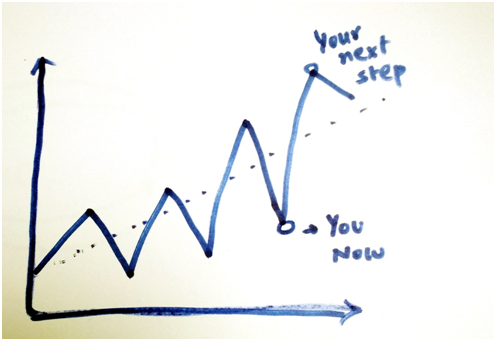 But the failure that led you there will not keep you there.

So, Now the question comes, how do you process your failure and start moving to your next goal as quickly as possible?

That's what we'll cover in this article.

For me, overcoming failure and learning from it is a process that I broke down into five distinct steps.

Let's take a look at each one of them.

Before you do anything else or melt down in your sorrow, you need to assess the need for any immediate actions you need to take after your failure.

For instance, now, the best way to do damage control is to get your answer sheet from ICAI, so that you can know where you lack and start working on your weakness.

Step 2: Get some distance - Take a break

Failures seem insurmountable and earth-shattering when they first happen.

Your emotions are running wild, sirens in your brain, heartbeats are fast and 1000 thoughts at a time… and they most likely won't let you do much of anything useful right away.

For that reason, I personally think you should take some time to step back from the failure and cool off a bit.

Vent out to a friend, sleep it off, or do whatever you love to do. Just give your brain sometime to settle down with the shock and let the emotions settle.

If you let the cloudy water settle, it will become clear. If you let your upset mind settle, your course will also become clear - Gautama Buddha

Step 3. Identify the Cause of the Failure

Insanity is doing the same thing over and over again and expecting different results.

Before, you start trying again, you need to take some time to identify the cause of the failure. What went wrong?

Another point to remember is, nobody else is going to tell you what went wrong with you. It's your job to find it out and plug out the errors.

Some of the possible reasons can be:

Once you've identified what caused you to fail, it's time to…

Step 4. Develop an Improved Plan of Attack and Retry

What happened when you first tried your favorite video game and failed in first few minutes? 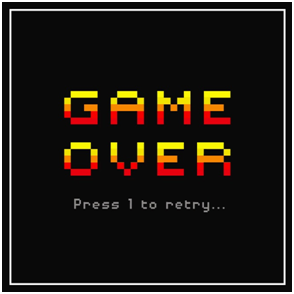 Now, you need to think and rethink your whole strategy and come up with an improved plan of attack.

Once you've created your new plan of action, it's now time to stick to the plan. 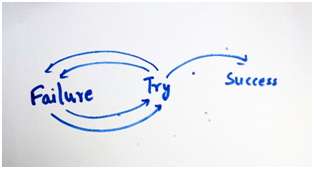 Step 5: Get help if you need it

This couldn't be further from truth.

Asking for help is showing that you're smart enough not to accept ignorance out of ego/ pride or some fear of embarrassment. It's not being stupid; it's being wise enough to accept that you did something wrong. 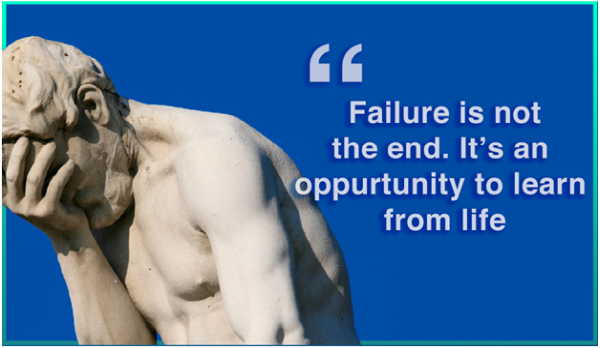 Now that you've failed, you're not above needing help.

It's like being on a sinking ship. If someone comes in a boat to save you, jump on that boat.

Failure is not the end. Rather, it's an opportunity to learn from life.

If you don't like where your failures have taken you, then learn from them and retry in a smart way. This is your opportunity to build yourself. If you don't like the way you were yesterday, start taking small steps today to change yourself.