Simplification of GSTR 9 - The need of the hour


It's been two years and a half, since the implementation of Goods and Service Tax Act in India. The Act was implemented with the tagline "one nation, one tax". When the Act came into force there was a buzz in the country that GST is actually a Good and Simple Tax which will resolve all the problems that were being faced in the Indirect Tax Regime. The provisions of the Act in terms of the present Tax structure on goods and or/services have actually resolved many problems that were there when Indirect Tax was in force. However, whenever questions are raised about the implementation of the Act its interpretation of Good and Simple Tax sounds a little absurd. 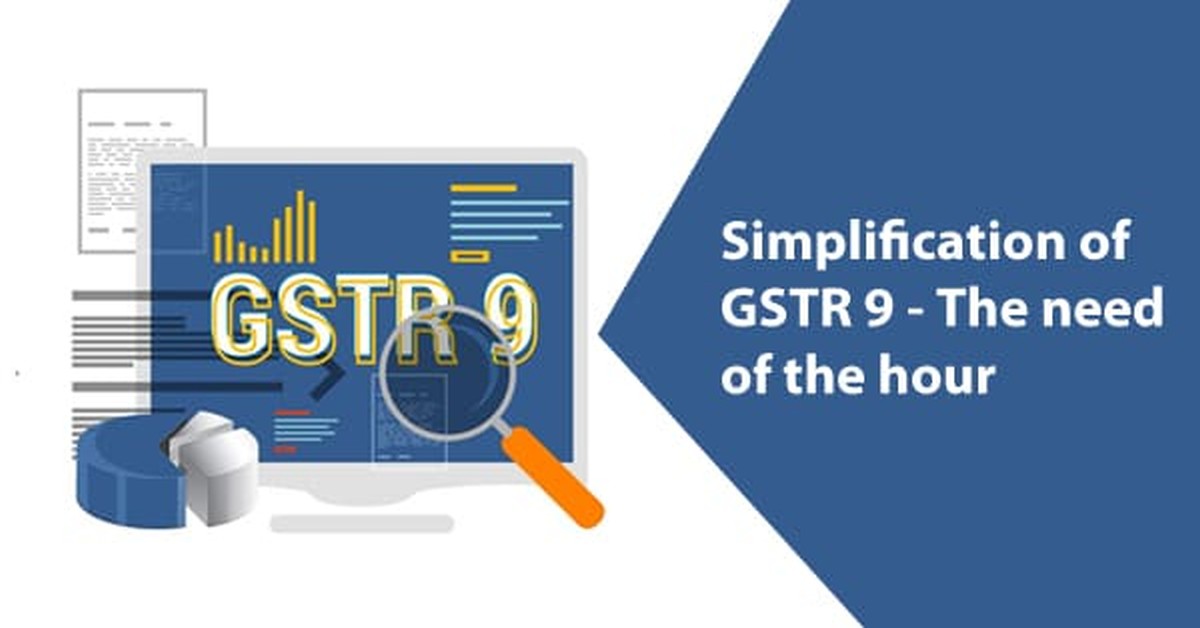 First technical glitches in the GST Portal, then issues finding the correct HSN code, error with  JSON File and what not. The annual return called GSTR 9 C has been a headache for all the Chartered Accountants. The taxpayers haven't been able to file the annual return for the period from the 1st of July, 2017 to the 31st of March 2018 yet due to the complexities in the forms. The Annual Return for the financial year 2017-18  should have been supposedly filed on the 31st of December, 2018. However, due to the complexities in the forms the date has been extended multiple times. Last time the date got extended to the 30th of November from the 31st of August, the deadline is approaching near but there are still confusions hovering around the filing of returns. 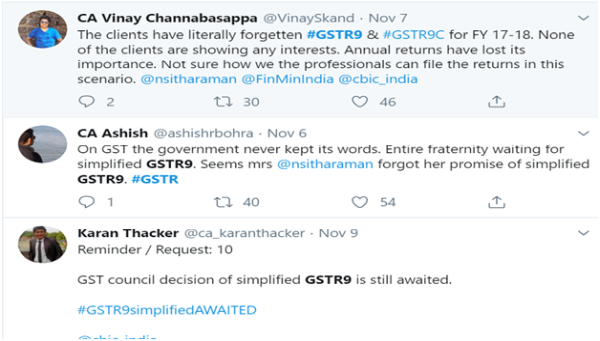 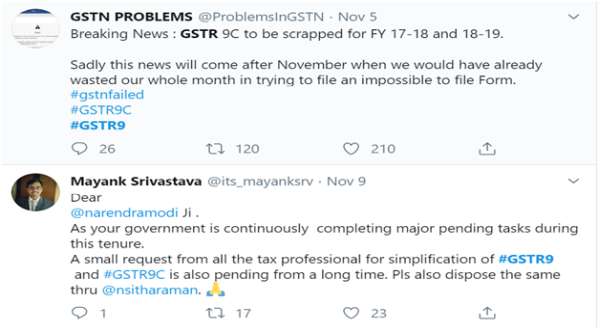 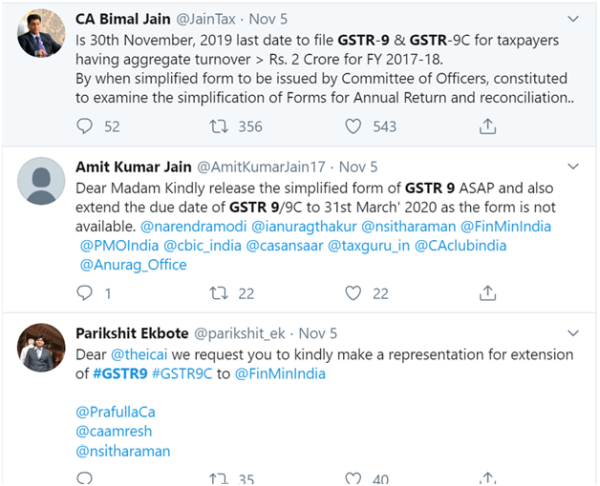 The current situation makes it quite evident that extension is not helping at all. Anyway,  it's not an extension but the simplification of the forms that the CA fraternity has been demanding. The GST Council in its last meeting had announced that it will simplify the forms but the deadline is approaching near and no steps have been taken in the direction by the government as of now. Few days back there were rumours in the industry that the government might actually do away with Annual Return for the period 1/07/2017 to 31/03/2018. The extension od the date multiple times has led to mere chaos and confusion.

The practitioners keep on citing that there is still a lot of confusion among the taxpayers about the filing of Annual Returns. Also, frequent changes that have been made in the software needs to be updated regularly by the Chartered Accountants and the Tax Practitioners.  Like every time maybe this time also the government will release some last-minute Extension, which has never been of any use. Keeping in mind that the deadline is approaching near what do you think what is the way out- Extension or simplification?