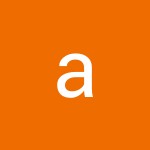 
The concept of Significant Economic Presence ('SEP') was introduced in the Income-Tax Act, 1961 ('the Act') from April 1, 2018 i.e. A.Y. 2019-20 to tax the income of the non-resident arising from transactions relating to any goods, services or property in India, including allowing download of data or software or carrying on business activities in India through digital means. The relevant extracts of the same are re-iterated as under:-

(a) transaction in respect of any goods, services or property carried out by a non-resident in India including provision of download of data or software in India, if the aggregate of payments arising from such transaction or transactions during the previous year exceeds such amount as may be prescribed; or

(b) systematic and continuous soliciting of business activities or engaging in interaction with such number of users as may be prescribed, in India through digital means:

Provided that the transactions or activities shall constitute significant economic presence in India, whether or not,-

1. The non-residents undertaking following transactions beyond the prescribed threshold limit in India namely:-

would be said to have a SEP in India and hence, the relevant income derived will be taxable in India.

2. The non-resident cannot avoid his tax liability strictly as per the provisions of the Act by raising the following arguments that:-

21st century is hailed as century of digital technology; cloud computing and e-commerce due to its perverse impact on our day to day life. Internet coupled with portable devices particularly smart phones has resulted in tectonic shift in the manner in which things are done. Consequently, there is improvement in efficiency, connectivity and data sharing. This 'Digital Revolution' a.k.a 'Modern World Renaissance' has resulted in emergence of 'Digital Economy'. Digital economy refers to an economy that is based on the internet, worldwide web, digital and cloud computing technologies. It is also referred to as the 'Internet Economy' or 'Web Economy'. This has resulted in emergence of new businesses altogether such as e-commerce companies (Amazon / Flipkart /e-bay/ Airbnb / Makemytrip / Uber / Ola/OYO etc.), social media companies (such as Facebook / Instagram), internet based services (such as Google), digital wallets (Paytm) and so on. These businesses at times have completely disrupted conventional businesses and have challenged the manner in which conventional businesses are done. According to Google India Research, by 2021 India is expected to generate $100 billion online retail revenue out of which $35 billion will be through fashion e-commerce. Online apparel sales are set to grow four times in coming years. These figures not only reflect the significant share of digital businesses in the overall economy but also the exponential rate at which they are growing.

As far as taxation is concerned, the existing tax mechanism failed to tax such transactions, especially in the case of the non-residents. In respect of international taxation, it is pertinent to mention that an income can be taxed by residence country (i.e. Country where receiver of income resides) or by source country (i.e. Country which generates income). Ordinarily, as per Article 7 of the DTAAs, business profits of a non-resident assessee shall be liable to tax in the country of sales only if he has a PE in that country itself. However due to technological advancements new business models have emerged. Under these new business models, the non-resident assessee operate remotely through digital medium in another country without having any physical presence in that country resulting in avoidance of taxation in the source country i.e. the country in which the said income has been earned. Therefore, it can be said that the existing 'PE' based rule has become obsolete to a certain extent. As a result, there was massive tax avoidance taking place particularly in high tax jurisdictions such as India, U.K., Israel etc.

Correspondingly, OECD in order to bring an end to such massive tax avoidance discussed several options to tackle the direct tax challenges arising in digital businesses under its BEPS Action Plan 1. One such option is to substitute existing 'PE' based rule with 'SEP' based rule. Consequently, to comply with recommendations of OECD, the provisions of section 9 of the Act 'Income deemed to accrue and arise in India' were amended and Explanation 2A was introduced   Section 9(1)(i) vide Finance Act, 2018 to introduce the concept of SEP. More importantly, it has laid down the foundation for negotiations to include the new nexus rule of 'SEP' in DTAAs.

In this regard, it pertinent to mention that under the BEPS Action Plan 1, Equalisation levy was proposed as one of the mode of taxation of digital transactions. However, the same was not covered in the Final BEPS Action Plan 1 released by OECD.

Nevertheless, the same was introduced vide Finance Act of 2016 to tax the payments made for online advertisement services. Section 165 of the Act is the charging section which reads as under:

'……..there shall be charged an equalisation levy at the rate of six percent of the amount of consideration for any specified service received or receivable by a person, being a non-resident from–

a. a person resident in India and carrying on business or profession; or

b. a non-resident having a permanent establishment in India.

The equalisation levy under sub-section (1) shall not be charged, where -

b. the aggregate amount of consideration for specified service received or receivable in a previous year by the non-resident from a person resident in India and carrying on business or profession, or from a non-resident having a permanent establishment in India, does not exceed one lakh rupees; or

c. where the payment for the specified service by the person resident in India, or the permanent establishment in India is not for the purposes of carrying out business or profession.'

Under GST concept of taxation of online information and database access and retrieval ('OIDAR') services[2] had been introduced. As section 2(17) of IGST Act, 2017 OIDAR services mean services whose delivery is mediated by information technology over the internet or an electronic network, nature of which renders their supply essentially automated, involving minimal human intervention & impossible to ensure in the absence of information technology and includes electronic services such as,

• Advertising on the internet;
• Providing cloud services;
• Provision of movie, software, e-books, music, and other intangibles through telecommunication networks or internet;
• Providing data or information, retrievable or otherwise, to any person in electronic form through a computer network;
• Online supplies of digital content (movies, television shows, music and the like);
• Digital data storage; and
• Online gaming.

Further, GST also provides specifically regarding taxability of services provided by and through the online aggregators such as Ola, Uber, Urbanclap, OYO etc. Also, both listing fees and commission charged by e-commerce operators for displaying their products online are subject to TCS under GST.

The concept of SEP is only introduced in domestic Income Tax law however; corresponding amendments in DTAAs are still pending. Therefore, even if as per the provisions of the Act if a non-resident is construed to have a SEP in India, the non-resident can still resort to the provisions of relevant DTAA if they are more favourable to him/her. Article 7 of DTAAs, generally provides that the relevant business profits of non-resident will only be taxable in the source country i.e. India if such non-resident has a PE in India.

In view of the aforesaid, it is clearly evident that a non-resident who has a SEP in India however, does not have a PE in India may avoids his /her tax liability by simply relying upon the relevant provisions of DTAAs. At this juncture, it pertinent to mention that for claiming benefit under DTAAs, the country in which the non-resident is resident i.e. residence country must have a tax treaty with India and the non-resident must have a tax residency certificate ('TRC') from the respective residence country.

Currently, e-commerce operators are liable to collect TCS @1% on value of supplies made through their website or app before making payment to the dealer. On the other hand, equalisation levy@ 6% is to be deducted on the grossed up amount of payment made for online advertising to non-residents. Thus, looking from the supplier point of view, tax compliances under different regimes might prove to be burdensome and ultimately lead to reduction of profits specially in case where grossing of equalisation levy is done and the consequent tax burden is borne by payer itself.

Further, India has wide treaty network with more than 90 countries and as such the provisions of the Act provide specifically that in case the terms of the treaty provide more beneficial tax treatment to the non- resident then treaty provisions shall prevail over the Act. The concept of SEP introduced by Finance Act 2018 to tax digital and related transactions would not be invoked in case beneficial treatment is available to non-resident under the applicable treaties which seems to be a relief for non-resident particularly giant tech-companies operating remotely in India.

Therefore, as of now, only those non-residents that are carrying the afore-mentioned activities beyond the prescribed thresholds i.e. having SEP in India and are also not eligible for benefits under DTAAs are actually impacted by the aforesaid amendment.

Further, the Govt. is yet to announce the prescribed threshold and clarify the following issues:-

Therefore, in view of the above, it is evident that the Indian Govt. has taken their well appreciated first step towards taxing the non-residents who are benefited from the India economy via e-commerce and related transactions. However, the Indian Govt. has to go miles before they sleep[6] in order to keep their promise of not letting non-residents benefit from India without contributing in its developments.

[1] The said position is based upon strict interpretation of Explanation 2A to section 9 of the Act independently. The same has also been dealt briefly under the head 'Safeguards available'.

[2] For more information over this topic visit https://www.taxmann.com/blogpost/2000000312/oidar-services-in-gst.aspx .

[4] In my opinion, no case of tax overlap will occur as income which is already chargeable to equalisation levy is exempt from Income Tax u/s 10(50) of the Act.

[6]  These words are taken from the last para of the poem 'Stopping by Woods on a Snowy Evening'  by Robert Frost and the same is re-iterated as under :-