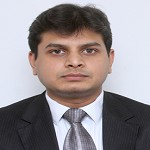 Q. No. 1 - What is settlement commission.

The basic objectives of setting up of the Settlement Commission are:-

(i) Providing an alternate dispute resolution mechanism for the assesses;

(iv) To provide an opportunity to an assessee to disclose true and complete figures of their liability;

Q. No. 3 – What is the constitution of Settlement Commission.

Q. No. 4 - What are benefits of settlement Commission.

a) Savings on account of reduced penalty or no penalty,

b) Immunity from Prosecution,

d) Peace of mind as the settlement order is conclusive and cannot be challenged by the department.

Q. No. 5 - Who cannot apply for Settlement Commission.

The following categories of cases cannot be taken up for settlement before the Settlement Commission:-

i) Any person who has not filed any half yearly service tax returns;

However settlement commission may dispense off with this condition if it is satisfied that the circumstances exists for not filing the returns.

ii) Any person who has not received any Show Cause Notice;

iii) Any person whose case is pending with Tribunal or any Court;

iv) Where the dispute relates to interpretation of classification of service under Finance Act, 1994;

v) Where the proceedings for the levy, assessment and collection of service tax is pending before an adjudicating authority as on the date of application;

vi) Where the additional amount of tax accepted by the applicant in his application exceeds three lakh rupees; and

(vii) Where the applicant has paid the additional amount of tax accepted by him along with interest due under section 75 of the Act.

Q. No. 6 - What is the jurisdiction of Settlement Commission.

An applicant eligible to file an application before settlement commission shall

a) An applicant shall file the application in Form SC(ST)-1 in quintuplicate along with the fee of Rs. 1000/-. The application fee should be credited in a branch,

b) An applicant shall deposit the additional amount of tax liability admitted by it along with due interest before filing the application for Settlement. It shall attach all the challans in quintuplicate along with Form SC (ST)-1,

c) On receipt of application, Settlement commission shall within 7 days issue a notice to the applicant to explain in writing as to why the application made by him should be allowed to be proceeded with,

d) Settlement Commission shall within 14 days from the date of the notice shall by an order allow an application or reject the application,

However if no notice is issued or no order has been passed within the aforesaid period, then the application shall be deemed to be accepted.

However settlement commission may extend the period of 9 months to further period of 3 months by recording the reasons in writing.

The application before settlement commission can be signed by following person:

(b) In the case of a Hindu undivided family, by the Karta of such family and, where the Karta  is absent from India or is mentally incapacitated from attending to his affairs, by  the senior most adult member of the family available;

(c) In the case of a company or local authority, by the principal officer thereof;

(d) In the case of a firm, by any partner thereof, not being a minor;

(e) In case of any other association, by any member of the association or the principal officer thereof; and

(f) In the case of any other person, by that person or some person competent to act on his behalf.

Q. No. 9 – Whether a person is barred from making Subsequent Application for Settlement

No, it is a once in a lifetime opportunity and no person shall be allowed to make subsequent application for settlement in the following cases:

a) Where the order of settlement provide for imposition of penalty on the ground of concealment of particulars of its service tax liability; or

b) Where after the passing of order of settlement, such person is convicted of any offence under Finance Act, 1994 in relation to the case before settlement commission; or

Q. No. 10 - Is the order of settlement commission appealable.

Every order passed by the Settlement Commission after accepting the application shall be conclusive as to the matters stated therein and any matter covered by such order save as otherwise provided in Chapter V of Central Excise Act, 1944 shall not be reopened in any proceedings under this act or under any other law.

Q. No. 11 - Whether the settlement commission has power to send case back to the Service Tax officer.

Q. No. 12 - Whether settlement commission can order provisional attachment of property.

Yes, Settlement Commission can provisionally attach any property belonging to the applicant if it is of the opinion that for the purpose of protecting the interests of revenue it is necessary so to attach the property. However such order of attachment shall cease to have effect from the date of payment of sums due to the government for which such attachment are made.

Q. No. 13 - Can an assessee withdraw an application before settlement commission.

No, application once made cannot be withdrawn.

Q. No. 14 - Is the proceedings before the Settlement Commission the judicial proceedings.

Yes, the proceedings before settlement commission shall be deemed to be judicial proceedings.

The author can also be reached at caashishgarg2009@gmail.com

Disclaimer: The views in this article are author's point of view. This article is not intended to substitute the legal advice. No portion of this article may be copied, retransmitted, reposted, duplicated or otherwise used, without the express written approval of the author.

The Copyright of the article is with the author.

Let us do our Karma diligently

GST Compliance Relaxation in GST Regime issued on 1st May 2021

FAQs | Relaxation of time for filing forms related to creation or modification of charges under the Companies Act, 2013

Section 43B: Deduction of certain payments only if actually paid

SME Exchange: An option for Fundraising