194A : Section 194A TDS on Interest other Interest on Securities 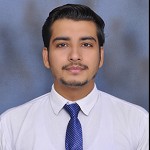 The article presented to show the TDS provisions contained under section 194A of the Income Tax Act, 1961 relating to the TDS deduction on Interest other than interest on securities.

Introduction of Section 194A

This section of Income Tax, 1961 contains the provisions relating to deduction of TDS on Interest other than interest on securities. For example TDS to be deducted on interest received/paid on Fixed deposit or loan and advances.

Who are liable to deduct tax at source?

Any person (not being an individual / HUF), responsible for paying to a resident any income by the way of interest other than interest on securities, is responsible to deduct TDS u/s 194A and deposit the same to the Government Treasury in the form of filing of TDS return within the time stipulated.

On which payment TDS is required to be deducted

TDS is required to be deducted under this section where payment is made as a interest to any resident person (u/s 6).Thus the provisions of section 194A is not applicable on payment made to any non resident person. Payments made to non-residents are also covered under TDS mechanism, however, tax in such a case is to be deducted as per section 195.

As per section 194A read with Part II of First Schedule to Finance Act, tax is to be deducted @ 10% from the amount of interest. However, if the payee does not furnish his Permanent Account Number (PAN), then the payer has to deduct tax at the higher of following:

Note: No surcharge, education cess or SHEC shall be added to the above rates. Hence, the TDS will be deducted at the basic rate.

Deducting TDS under Section 194A

The time limit for depositing TDS under Section 194A is listed below:

Tax deduction at Nil or lower rate happens under the following scenarios:

If a declaration is submitted u/s 197A by the recipient to the payer along with his / her PAN, then no tax is deductible if the following conditions are satisfied:

Interest for delay in payment of TDS

Every deductor has to furnish a TDS certificate to the deductee in Form No. 16A (for tax deducted on payments other than salary). The certificate should be issued on quarterly basis by following dates:

Default in any prescribed procedure

The deductor will be liable to penalty/persecution in respect of following defaults:

When no tax is to be deducted?

Following are few important instances in which there is no requirement of deduction of tax at source under section 194A.

No tax is to be deducted if the aggregate amount of interest during the financial year does not exceed Rs. 5,000.

However, the limit of Rs. 5,000 will increase to Rs. 40,000 (Rs. 50,000 in case of Senior Citizen) in case of interest paid/payable by banking company on time deposit or a co-operative society carrying on banking business on time deposit and in case of interest paid/payable by post office on deposit made under Senior Citizens Saving Scheme Rules, 2004. The limit of Rs. 5,000 will be increased to Rs. 50,000 in case of Interest on compensation awarded by Motor Accident Claims Tribunal.

For the above purposes "time deposits" means deposits including recurring deposits repayable on the expiry of fixed periods.

It should be noted that interest on time deposits/deposits with a public company eligible for deduction under section 36(1)(viii) shall be computed with reference to the income credited or paid by the banking company or the co-operative society or the public company, as the case may be, where such entity has adopted core banking solutions.

Apart from above discussed instances, few other instances where no tax is to be deducted are as follows: