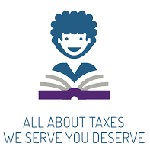 This Act may be called the Central Goods and Services Tax Act, 2017. It extends to the whole of INDIA except the State of Jammu and Kashmir. It shall come into force on such date as the Central Government may, by notification in the Official Gazette, appoint:

AUTHOR COMMENTS: It's important to note that like Service Tax legislation (which does not apply to Jammu & Kashmir), GST will also apply throughout India except Jammu & Kashmir.

Special Status of J&K also creating Problems in the implementation of GST- Due to the special status of J&K, the powers of the Parliament to make laws for the state of J&K are limited. Article 370 of Constitution of India clearly implies that Parliament has power to make laws only on -

- Defence,
- External Affairs and
- Communication-related matters of Jammu and Kashmir.

Thus it can be deduced from above, that the Government of Jammu and Kashmir have to pass a legislation saying the CGST Act, 2017 and IGST Act, 2017 are applicable to them.

Once J&K Assembly passes the laws, the Union Government will have to amend CGST and IGST laws and delete the phrases that they do not apply to the state. Deletion of the phrase will make the laws applicable to the state.

Why is J&K resisting GST Tax? - Govt. of Jammu and Kashmir apprehends that the proposed implementation of Goods and Services Tax (GST) would erode the State’s taxation autonomy. Thus practically without the consent of the ruling Government, Goods and Service Tax cannot be forcibly made applicable to the state as the proposed application of GST can be made Applicable to the State of J&K only if the same is ratified by the State of J&K.

Section 2(56):  “India” means the territory of India as referred to in Article 1 of the Constitution of India (COI), its territorial waters (TW), seabed and subsoil underlying such waters, continental shelf (CS), exclusive economic zone (EEZ) or any other maritime zone (MZ) as referred to in the Territorial Waters, Continental Shelf, Exclusive Economic Zone and other Maritime Zones Act, 1976, and the air space above its territory and territorial waters.

INDIA as per COI:  The territory of India shall comprise -

Maritime Zone: The maritime zones recognized under international law include internal water, the territorial water, the contiguous zone, the exclusive economic zone, the continental shelf, the high seas and the area.

Baseline: A baseline is a line along the coast from which the seaward limits of a nation's territorial sea and certain other maritime zones of jurisdiction are measured.

Internal Waters: Internal waters are the waters on the landward side of the baseline from which the breadth of the territorial sea is measured.

Territorial Water: The territorial water is the line every point of which is at a distance of twelve nautical miles from the nearest point of the appropriate baseline.

Seabed & Sub-Soil: The seabed (also known as the seafloor or ocean floor) is the bottom of the ocean. The subsoil is the layer of soil on the surface of the ground.

Contiguous Zone: The contiguous zone of India is area beyond and adjacent to the territorial waters and the limit of the contiguous zone is the line every point of which is at a distance of twenty-four nautical miles from the nearest point of the baseline

Continental Shelf: The continental shelf is the submerged prolongation of the land territory of coastal states. It includes the seabed and subsoil of the submerged areas that extend beyond its territorial sea to the outer edge of the continental margin - that is, up to a distance of 200 nautical miles from the coast.

Exclusive Economic Zone: The exclusive economic zone of India  is an area beyond and adjacent to the territorial waters, and the limit of such zone is two hundred nautical miles from the baseline

High Seas: The high seas are comprised of all parts of the sea that are not included in the exclusive economic zone, in the territorial sea or in the internal waters.

The Area: The Area is comprised of the seabed and subsoil beyond the limits of national jurisdiction. The Area and its resources are the common heritage of mankind, and no one can claim or exercise sovereignty or sovereign rights over any part of the Area or its resources. 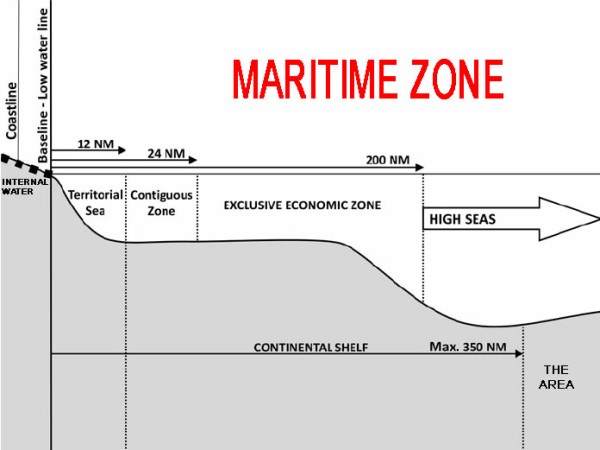 * The material published in this article is intended for general information only and is not legal advice or other professional advice.