“The only thing that is constant is change.” 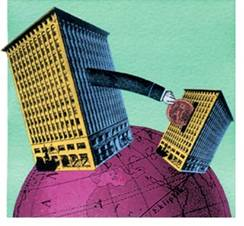 Change is what has bought us to the juncture and change is what it will take to usher in a new future as we contemplate way to address the challenges. Many changes have focused on bringing in greater clarity while others have expanded the scope of its operations. Indian Transfer Pricing ambit has been changed with introduction of Safe Harbour Rules (SHR), Advance Pricing Agreements (APA) & Dispute Resolution Panel (DRP).

“In order to reduce the number of transfer pricing audits and prolonged disputes, a new section 92CB has been inserted to provide that the determination of arm’s length price under section 92C or section 92CA shall be subject to Safe Harbour rules.”

The Finance (No. 2) Act 2009 introduced the provisions in the Income Tax Law that empowered the Central Board of Direct Taxes (CBDT) to issue transfer pricing Safe Harbour Rules. The CBDT on 14th August 2013 released draft safe harbor rules for public comments. After consideration comments of various stakeholders on 18th September 2013, the CBDT issued the final Safe Harbour Rules.

Section 92CB of the Act defines the term Safe Harbour as “circumstances under which the income-tax authorities shall accept the transfer pricing declared by the assessee.”  The Rule provides minimum operating profit margin in relation to operating expenses a taxpayer is expected to earn for certain categories of international transactions , that will acceptable to the income tax authorities as arm’s length price (ALP) . The rule also provides acceptable norms for certain categories of financial transactions such as intra-group loans made or guarantees provided to non-resident affiliates of an Indian tax payers. The safe harbor rules, optional for a taxpayer, contains the conditions and circumstances under which norms / margins would be accepted by the tax authorities and the related compliance obligations.

The safe harbour rule are not arm’s length prices, but in the nature of presumptive taxation, which generally enthuse taxpayers to opt for the same, as a compromise for not having to be involved  in protracted litigation. Safe harbor typically include a premium payable by taxpayers for avoiding disputes and protracted litigations. Safe harbours may broadly take two forms (a) outright exclusion by setting thresholds; or (b) simplification of provisions by designating range, within which prices/profits should fall.

Any taxpayer who has entered into an eligible international transaction and who wishes to exercise the option to be governed by the safe harbour rules is required to file a specified form (Form 3CEFA). Form 3CEFA requires the taxpayer to declare the following:

- Transaction entered with an AE is an eligible international transaction;

- Quantum of the international transaction;

The rules also provide timelines within which the tax authorities need to take action on the option exercised by the taxpayer. These are:

Safe harbours carry certain benefits which are described below:

a. Compliance Simplicity: Safe harbours tend to substitute simplified requirements in place of existing regulations, thereby reducing compliance burden and associated costs for eligible taxpayers, who would otherwise be obligated to dedicate resources and time to collect, analyze and maintain extensive data to support their inter-company transactions.

b. Certainty & Reduce Litigation: Electing safe harbours may grant a greater sense of assurance to taxpayers regarding acceptability of their transfer price by the tax authorities without onerous audits. This conserves administrative and monetary resources for both the taxpayer and the tax administration.

c. Administrative Simplicity: Since tax administrations would be required to carry out only a minimal examination in respect of taxpayers opting for safe harbours, they can channelize their efforts to examine more complex and high-risk transactions and taxpayers.

While safe harbours generally are beneficial, their availability is not without concerns, some of which are:

a. High Margins/Price: Some of the rates are very high and reflect neither industry benchmarks nor the current economic environment.

c. Impose Burden: Safe harbour rules continue to impose the burden of maintaining transfer pricing documentation on taxpayers opting for it. Excluding taxpayers transacting with low tax or no tax countries from the ambit of safe harbour rules creates a further exception.

d. Risk of Subjectivity & Litigation: The industry at large feels that segregating IT services into software services and contract R&D services is complicated since many of the activities may be overlapping and would require a more technical analysis than envisaged in the rules.

Transfer Pricing is often identified as one of the most serious tax issues facing corporate in India. In the face of growing uncertainty and litigation, the Government’s announcement of safe harbour rules has been welcomed by all quarters. However, doubts remain on whether these rules will entirely help achieve the stated objectives of reduced Transfer Pricing disputes and usher in more certainty unless resolved appropriately. Therefore, the safe harbour regime to successfully work in India would needed effective implementation measures by the tax authorities.