RoDTEP Scheme & Rates: Is it a fit case for invoking writs?


The New Remission of Duties and Taxes on Exported Products (RoDTEP) Scheme and Rates announced by CBIC on 17th August in place of the MEIS Scheme has not lived up even to minimum expectations of Trade & Industry. The Rates of Merchandise Export from India Scheme (MEIS) which were being dragged down over the years, saw tremendously spiral downwards under RoDTEP. This was after most associations had provided a detailed study on the calculation of the rates in Form R1, R2 & R3 and represented before the Committee on Drawbacks. To understand the grievance of Trade & Industry on the low RoDTEP Rates, let us understand the Scheme. 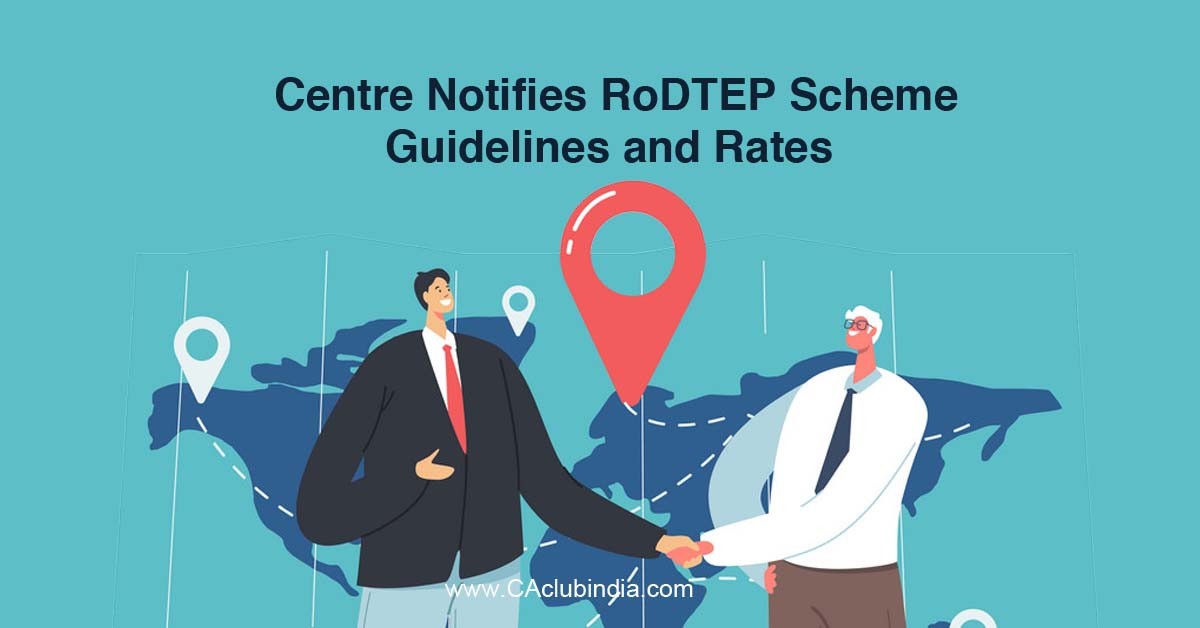 Objectives and Understanding of RoDTEP

RoDTEP is a reform, based on the globally accepted principle that taxes and duties should not be exported, and taxes levied on the exported products should be either exempted or remitted to exporters. The Scheme is expected to boost our exports & competitiveness in the global markets and Increase Employability.

As per Para 4.54 of The Foreign Trade Policy (FTP), The Scheme's objective is to refund -

Scheme is to be implemented by Customs through a simplified IT System. Rebate will be issued in the form of a transferable duty credit/ electronic scrip (e-scrip) which will be maintained in an electronic ledger by the Central Board of Indirect Taxes & Customs (CBIC). The tax refund rates range from 0.5% to 4.3% for various sectors, on FOB Value. Such rate and quantum have been notified in Appendix 4R at 8-digit HS code level.

Effective Date for Implementation of the Scheme

Ineligible Supplies/ Items/Categories under the Scheme

Rights of The Government Going forward as per the Scheme

The objective of the Scheme, which is clearly laid out is to reimburse embedded taxes in export products. These embedded Taxes are those at Central, State & local level for manufacturing product and even incurred at the prior stage level. Even taxes on distribution expenses is to be reimbursed. However, the rates notified do not even come close to reimbursement of such taxes.

Atleast a Clarification on how the rates are calculated should be given to Trade & Industry and consultations should be held to see whether such calculations are actually done correctly.

For Example: The following are the items which are common to almost all Sectors for embedded rates. Even if these are taken into account, the rates of RoDTEP would seem unjust-

ii. The Scheme said to be subject to budgetary constraints. The point to note here is that where is the question of budget when the Scheme is to reimburse the taxes already collected by the Government.

The budgetary constraints specified at several places in the scheme seem to be in conflict with the objects and the intent of the scheme itself.

iii. Some sectors like steel, chemicals, etc have totally been left out of the scheme. Is this not against the WTO Norms that taxes and duties should not be exported.

iv. Exports for which E- document in ICEGATE EDI has not been generated/ Exports from non-EDI ports, have been made ineligible for availing the benefits of the scheme. Hence certain exports to Nepal, Bhutan and in some cases Bangladesh would be left out.

Why should Trade suffer due to the delay on the part of The Government to make these ports EDI Ports.

v. Exports under Advance Authorisation, Duty Free Import Authorisation, 100% Export Oriented Units, Export Processing Zones, Special Economic Zones, and products manufactured in a customs bonded warehouse, are ineligible. These schemes have existed for quite some time as export enablers and their exclusion from RoDTEP benefits could rob them of some popularity, considering there was no such exclusion under the earlier MEIS scheme.

If the above points are not considered by The Ministry, then certainly we could see the Writ Jurisdiction come into play for invoking the Rights of Exporters, especially those whose survival in the International markets depends upon the reimbursement of these taxes.


Category Others, Other Articles by - Vivek Jalan