Roadmap to GST in India 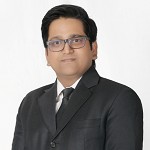 
Steps towards implementation of GST

Taxes to be subsumed:

More than 100 countries across globe have introduced GST.

The GST rates in various countries ranges from as low as 5% in Taiwan to as high as 25% in Denmark.

"Services" means anything other than good.

There are three prime models of GST:

2. Apply to all stages of the value chain

3. Apply to all taxable supplies of goods or services (As against manufacture, sale or provision of service) made for a consideration except -

5. All goods or services likely to be covered under GST except:

7. CGST and SGST on intra-state supplies of goods or services in India.

8. IGST (Integrated GST) on inter-state supplies of goods or services in India - levied and collected by the Centre.

11. Additional tax of 1% on inter-state taxable supply of goods by state of origin and non cenvatable