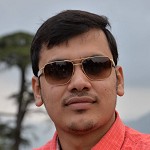 
Companies incur costs to acquire resources that will be used in operations to generate profits. Every cost creates either an immediate benefit or a future economic benefit. Determining when the company will realize the benefit from a cost is paramount. When a cost creates an immediate benefit, such as fuel used in delivery vehicles, the company records the cost in the income statement as an expense. When a cost creates a future economic benefit, such as purchase of delivery vehicles to deliver the goods now and later, the company records the cost on the statement of financial position as an asset.

All costs are either held on the balance sheet or are transferred to the income statement. When costs are recorded on the statement of financial position (referred to as capitalized), assets are reported and expenses are deferred to a later period. Once the company receives benefits from the assets, the related costs (in form of depreciation) are transferred from the balance sheet to the income statement. At that point, assets are reduced and expenses are recorded in the current period.

Companies expense certain costs, such as advertising, as and when they are incurred because, even though the costs will likely bring future economic benefits, the related asset cannot be reliably measured.

Asset costs should transfer to the income statement when the asset no longer has any future economic benefit. For example, when stocks are purchased or manufactured, their cost is recorded on the statement of financial position as an asset called inventories. When inventories are sold, they no longer have an economic benefit to the company and their cost is transferred to the income statement in an expense called CoGS (cost of goods sold). CoGS represent the cost of inventories sold during that period. This expense is recognized in the same period as the revenue generated from the sale.

As another example, consider machinery costs. When a company purchases machinery, the cost of the machinery is recorded on the statement of financial position in an asset called ‘Property, plant, and Equipment’ or PPE. When equipment is used in operations, a portion of the purchased cost is transferred to the income statement to match against the sales the equipment helped generate. To illustrate, if a machine costs $50,000 and is used up this period in operating activities, then a part of it (say 10% of the cost) of the machine is transferred from the statement of financial position to the income statement. This process of allocation of costs in income statement is called depreciation and the expense related to this transfer of costs is called depreciation expense. Depreciation is generally charged on written down value of the asset at the rates prescribed by the legislative bodies.