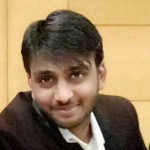 In this article we will discuss the Case 4B in detailed manner;

As per Circular No. 79/53/2018-GST dated 31.12.2018 under Section 54(3) clearly mentioned that Credit accumulated on account of rate of tax on inputs being higher than the rate of tax on output supplies (Other than nil rated or fully exempt supplies)

Further as per Section 2(59) of CGST Act Inputs as any goods other than Capital goods used or intended to be used by a supplier in the course or furtherance of business. Thus Inputs do not Include Services or Capital goods.

Further as per notification no. 26/2018-Central tax dated 13.06.2018 Net ITC, as used in the formula for calculating maximum amount of refund shall mean input tax credit availed on inputs.

Calculation of eligible amount of refund on inerted duty structure

As per Circular No. 79/53/2018-GST dated 31.12.2018 where there are multiple inputs attracting different rates of tax; in the formula provided in rule 89(5) of CGST rule, the term Net ITC covers the ITC availed on all inputs in the relevant period irrespective of their rate of tax.

during the relevant period

Relevant period: Period for which the claim has been filed

Time Period for filing of Refund

Any Person Claiming Refund of any tax and interest, if any paid on such tax may make an application before the expiry of 2 years from the relevant date in the form and manner prescribed

Furthermore, in case of refund claim arising due to inverted duty structure, the prescribed statements- Statement 1 and Statement 1A of Form RFD-01A have to be filled

Some Practical Aspects in respect of Statement-1A:

1) Data Related to Input should be filled in Statement 1A not Input Service or Capital goods in respect of Inward Supplies.
2) Inward Supply Data must be available in GSTR-2A as System reconcile the data with GSTR-2A before filling application
3) Date Should be stored in Text format as per recent utility
4) Amount and Date Should be exactly matched with GSTR-2A.

As Per notification no. 05/2017- central tax (rate) dated 28.06.2017 following goods has been notified in respect of which no refund of unutilized input tax credit shall be allowed:

As per notification no. 15/2017-central tax(rate) dated 28.06.2017 no refund of unutilized input tax credit shall be allowed in respect of

'Construction of a complex, building, civil structure or a part thereof, including a complex or building intended for sale to a buyer, wholly or partly, except where the entire consideration has been received after issuance of completion certificate, where required, by the competent authority or after its first occupation, whichever is earlier.