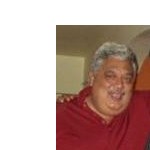 PSU Banks: the stocks to avoid

Over the last few years, I have vociferously advocated investors to stay away from Public Sector Banks. The recent unearthing of scams at PSB's lends further credence to my conviction that they have now entered a degeneration spiral from which they will not be able to extricate themselves.

The red flags went up for PSB's with the advent of new generation private sector banks especially in the early part of the last decade (HDFC, ICICI and Axis Banks had an extra decade head start and perhaps the reason why they are the top 3 private sector banks by business even today). The point of no return for PSB's has been crossed in the last few years. Permit me to reiterate the main reasons why i believe that the future for these banks and their stocks is bleak.

Lack of leadership talent: An organization is as good as it's top leadership team. With the stark difference in senior management compensation between PSB's and their private sector cousins, it is no surprise that they are unable to attract top talent.

Work culture: A diffident leadership leads to sub-optimal productivity down the line. Many of you would know employees in PSB's as well as private sector banks.

Ask yourself: Which of them have greater commitment and competencies and consequent ability to deliver results? Which of these employee sets are more accountable and have stiffer targets? Which of them are more likely to be influenced by either corruption or other means such as flattery or political pressure? Which of them is strongly unionized often using that leverage to make outlandish demands? Which of them would you rather employ and just in case you make a mistake selecting the wrong person; which of them can you sack with greater ease?

Banking is a service industry and unlike the manufacturing sector where equipment, technology and industry macros play as important a role as the people running the show, a service industry is almost totally dependent on the quality of its workforce. So a public sector manufacturing company like a BHEL or SAIL might chug along even with private players around but a public sector services company exposed to competition and burdened with legacy issues has little chance.

Banking is also about faith. With the current mega PNB scam playing out in the full glare of media and other repeated past exposures it means that even with the implicit guarantee of the government there has been at least some dilution of faith in PSB's. Anecdotal evidence suggests that some HNI's are quietly shifting their deposits to private sector banks. What happens if this becomes a trend?

Deteriorating financials and market share: The quality of the loan book at PSB's has seen a sharp deterioration. NPA's have surged and infusions of capital have often gone towards provisions rather than boosting capital adequacy and loan growth. Many of them have reported high single digit and even double-digit gross NPA's. Despite multiple efforts to contain NPA's results thus far have been less than satisfactory. All the NPA resolution schemes tried in the past such as CDR, the formation of JLF, 5/25 for long-term project loans, strategic debt restructuring (SDR) and sustainable structuring of stressed assets (S4A) produced meager results. With the govt. and RBI now forcing banks to approach NCLT for NPA resolution the extent of rot is becoming evident. It is difficult to imagine recoveries of more than 35% overall average from their NPA's that too over an extended time frame even with higher than expected recoveries in the steel sector.

A consequent outcome has been receding market share. While exact figures are difficult to come by it is estimated that private sector banks now command over 30% market share which is well over the inflection point for momentum to gather further pace. Their portion of the pie is rapidly increasing and who are the losers?

Political Environment: The government has shown some inclination to shape up or privatize PSU's. However given that most PSB's are governed by the banking act which prohibits dilution of state equity below 50% and that general election are nearing, there is little chance of privatization which could have been a possible solution to their woes. Also perhaps the government might not at all want to privatize PSB's given that they are strategic for implementation of various schemes. In this context, an interesting scrip to watch is IDBI Bank which is not under the banking act and where there is intermittent chatter of privatization resulting in high share price volatility. Will the government go ahead with its privatization and if it does what would this can of worms with gross NPA's of over 24% and net of 16% fetch? Only time will tell but my take is that even if IDBI is put on the block there would be few takers at a high price.

Previous RBI governor Raghuram Rajan and now Urjit Patel made it their mission to clean up the financial sector especially banks. Evergreening of bad loans has been reined in. Robust mechanisms to identify and provide for NPA's have been put in place. Increasingly tighter recognition and reporting systems are being implemented. In this regulatory environment, PSB's with their inferior systems and work culture and mountains of legacy issues have little chance to shield their NPA's. Added to that is the fear of NIMO@PNB type of scams lurking in their books. The larger and somewhat better-managed ones such as SBI, BOB and Indian Bank might chug along but what happens if to save depositors somewhere down the line they are compelled to take over the abundantly available rotten apples in PSB's; aka OBC's takeover of GTB in 2004.

There is also the distinct possibility that given the dire need for more banking players in India, the RBI may hand out more licenses in the near future; perhaps with the dilution of the presently applicable no business house clause which would enable very large players to get into the act. In any case, these players have already entered the financial space with increasingly aggressive and rapidly growing NBFC's which is already hurting the banks, especially on the loan side.

So should you invest in PSB's or should you put them on your list of stocks to avoid? Your call to take.

Disclaimer: This article is the author's perspective on the subject matter and is not meant to be an investment advice. The author shall not be responsible for the outcome of any action purportedly initiated on the basis of this article by any reader.

The author can also be reached at pnmarketwhispers@gmail.com