Provisions relating to appointment of an Alternate Director under the Companies Act, 2013

The term 'Alternate' has been defined in P.Ramanathan Aiyar's Concise Law Dictionary (Seventh Edition) as 'one that takes the place of another who is unable to perform his duty; that takes his turn often at regular intervals with another or equal rank in an occupation or in performing a duty.'

It follows from the above that an Alternate Director is appointed in a company as a substitute to tide over a situation caused by the absence of the original director from India for a period which is not less than three months. The appointment of the alternate director will help the company to comply with board processes as also ensure that the operations of the Board are not in any way impeded by the absence of the original director from meetings resulting in the quorum for the board not being formed, thus destabilizing the decision making process. 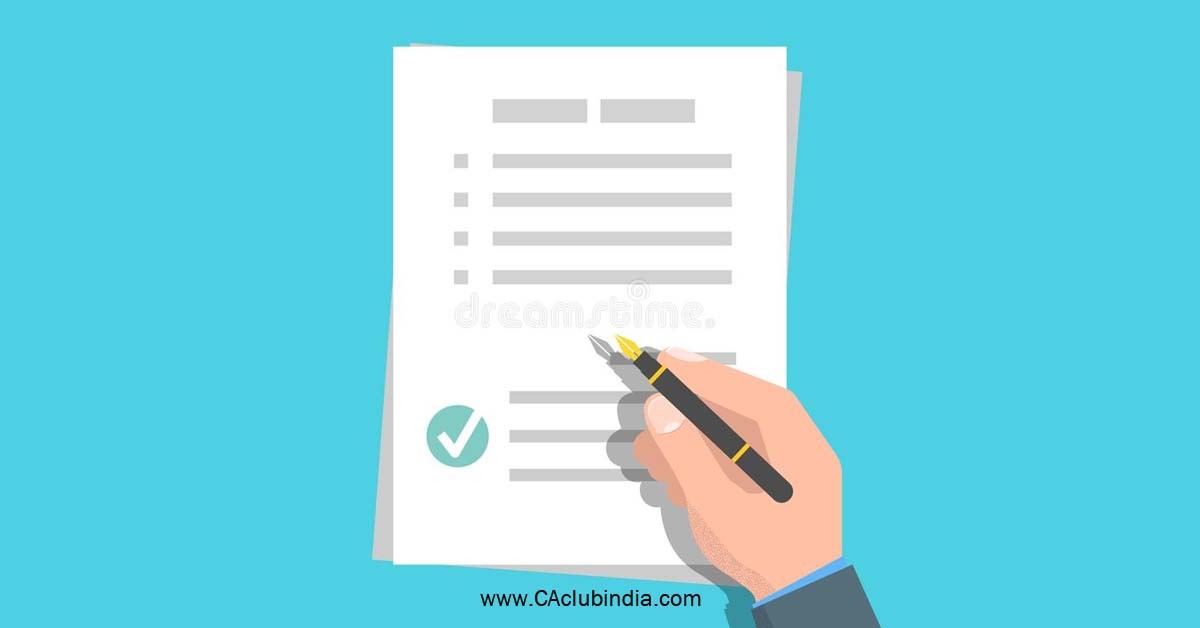 Section 161(2) of the Companies Act, 2013(hereinafter referred to as 'The Act') , inter alia, facilitates the appointment of an alternate director for any other director in the same company during the period of absence of the original director from India for a period which is not less than three months.

The above position has, however, been negated completely in the context of a listed company where no Alternate director can be appointed in place of an independent director due to the embargo brought about through the insert of Regulation 25(1) of the SEBI (Listing Obligations and Disclosure Requirements)Regulations, 2015 with effect from October,1, 2018.

Consequent upon the above, it is obvious under the law as applicable at present, an Alternate director can be appointed only in unlisted companies and in case of listed companies only in place of a non-executive ,non-independent Director.

Sub-section(2) of Section 161 lays down that the authority of the Board to appoint an alternate director shall emanate either from the existence of enabling authority provided by the company's articles or from the authority conferred to the Board by shareholders in General Meeting.In the absence of such enabling authority, it is necessary that the necessary authorization is obtained as a prerequisite to such appointment.

Reference may be made to the decision in D.Ross Porter v Pioneer Steel Co. Ltd (66 Comp. Cas. 363)where it was held that where the applicant , a non-resident , holding 40% of the share capital in the company being also a director, sought the appointment of an alternate director on account of his inability to attend meetings of the Board due to his absence from India, such appointment would be allowed even where the request had been turned down by the Board.

Person appointed as Alternate cannot be Alternate for another

Section 161(2) also makes it clear that the person appointed as Alternate cannotact in the same capacity for another director in the company. Besides in terms of an amendment made effective from 9.2.2018 through the Companies (Amendment)Act, 2017 a person who is already a director in the company shall not be allowed to act as an alternate director for another director during the period of absence of the latter from India for a period which is not less than three months.

The first proviso to section 161(2) makes it imperative that if an alternate director is proposed to be appointed in respect of an Independent Director, the alternate shall also satisfy the attributes of independence as carved out in terms of section 149(6) of the Act. However, this proviso has lost substantially its sting, in the light of the requirements in the Listing Regulations 2015 as elaborated above which debar the appointment of an alternate director in place of an Independent director in case of a listed entity. Where it concerns companies which do not fall within the listing regulations it should be ensured that the person sought to be appointed as Alternate director provides a confirmation as to his status as an Independent director in terms of the provisions contained in Section 149(6).

Where a company is obligated in terms of Section 178 of the Act to constitute a Nomination and Remuneration Committee(NRC) , prior to the appointment of the alternate director by the Board, it is imperative that the candidature is endorsed by the said Committee in discharge of its responsibilities under the said Section.

Alternate director to give his consent for the appointment

An alternate director is not a proxy director. He is a director in his own right and therefore he should provide his consent for the appointment in DIR-2 within thirty days from his appointment in accordance with the requirements of Rule 8 of the Companies (Appointment and Qualifications of Directors)Rules, 2014 .The company shall in turn file the consent with the Registrar in DIR 12 with the Registrar.The incumbent shall also provide a confirmation in the said form that he is not in any manner disqualified from the appointment in terms of Section 164 of the Act.

An alternate director is equal in every respect to the original director in so far as discharge of his duties ,exercise of his rights as also his responsibilities is concerned. The circumstances leading up to vacation of his office under section 167 equally apply to him.

He is also duty bound in terms of section 184(2) of the Act to disclose his interest in any transaction which is potentially in conflict with the interests of the company .It follows from this that he shall not be deemed to be interested in a transaction in which the original director is interested.

It is reiterated that as he is not deputizing for the original director in any manner and acting on the basis of his own rights, he has to exercise his own judgment in matters relating to the company.

The Department of Corporate Affairs , in the context of Section 313 of the 1956 Act has expressed the view that the absence has to be for a continuous period of three months. In the Minutes of the Meeting of the Company Law Sub-Committee of the BCCI with the Registrar of companies, it has been clarified that the expression 'period' in the context in which it is used in Section 313 would mean 'any period of time'according to the Concise Oxford Dictionary of current English .In this sense it would indicate a continuous period only .Hence there should be not be any break in the absence of the original director from the State in which meetings of the Board of a Company are ordinarily held if the provisions of Section 313 are to be brought into play.

It is pertinent to note that whereas under the 1956 Act, absence of the director from the State in which meetings of the Board could lead to the requirement of appointing an Alternate , the present Act provides for the absence of the original director from India.The subtle difference on this point between the two Enactments stems from the fact thatunder the old Act, meetings of the Board were required to be held in the place where the registered office of the company was located whereas the present Act does not put any fetter as regards the place at which meetings of the Board are to be held. In fact since the Act facilitates participationof directors at meetings of the Board through video conferencing facility subject to the company making arrangements for the same , it is possible to hold a meeting of the Board anywhere in the World and the directors can also ensure their 'virtual' presence at the meetings by staying connected electronically from any corner of the world . In fact on account of the pandemic which is engulfing the entire world making travel almost impossible, 'virtual meetings' have become the new norm. This however is a different story and not contextual to the issue at hand.

It is significant to note that Section 173(2) of the Act permits a director to be present either physically at a meeting or through video conferencing or other audio visual means as prescribed under Rule 3 of the Companies (Meetings of Board and its Powers)Rules, 2014.Rule 4 of the said Rules sets out the items of business in respect of which participation by a director at a meeting through video conferencing is not allowed. However, this restriction has been easedsubstantially through the insert of a proviso under Section 173 (2) by the Companies (Amendment )Act, 2017 with effect from 9.2.2018 in terms of which it is now possible for a director to participate even in respect of matters contained in the negative list provided in Rule 4 ibid through video conferencing ,provided that the quorum for the meeting is available physically.

Now that a director can participate virtually at the meeting of the Board practically on all matters through video conferencing , one can argue forcefully as to whether it is efficacious under the law to appoint an alternate director .The Question becomes more pertinent when one considers the requirement under Section 167(1)(b)that a director shall vacate his office if he absents himself from all meetings of the Board of directors held during a period of twelve months with or without seeking leave of absence of the Board.

Considering that Section 167(1)(b)in the new Act comes into effect, where the director has absented himself from all meetings of the Board held during a period of twelve months following the date of his appointment irrespective of whether he has sought leave of absence or not, the incumbent director has to perforce attend at least one meeting of the Board during the above period to avoid his office being vacated. As attending the meeting through video conferencing is an option ,the original director can avoid the play of the above subsection by being present atat least one meeting virtually.

In such an eventuality as the original director has notreturned to India but yet was present at the meeting virtually , the Alternate director cannot be said to have demitted office as the second proviso under Section 161(2) kicks in only when the director in whose place the Alternate has been appointed 'returns to India'.

The issue would get cluttered further if the Alternate director is also present whether physically or virtually at the meeting of the Board at which the original director, primarily with the intention to avoid vacation under Section 167 (1)(b) chooses to attend the meeting virtually. The related question that gets thrown up is whether the company can take cognizance of the presence of both the alternate director and the original director, albeit virtually or can the company take the position that the Alternate director has, ipso facto vacated office automatically as the original director was also present at the meeting. The above question, to the best of our knowledge has not been tested yet in the waters of the Judiciary. Which brings us to theall important question which we have raised earlier - Is the existence of the legal provision allowing the appointment of the alternate director under Section 161(2) justified any longer , given the fact that the a company board shall not be handicapped in any way by the continued absence of one of the directors from India as it can always tap into his wise counsel by seeking his presence at meetings through the virtual mode. The vacation clause in Section 167(1)(b) shall also hang over the head of the original director like the sword of Damocles, in case he were unable to attend a meeting even through virtual means.

Considering the above, there exists a strong case for the Legislature to consider whether it is any longer efficacious to retain the provisions in the law relating to the appointment of alternate directors.

7 Steps to Analyse an IPO