Prosecution u/s 276B for Defaults of TDS 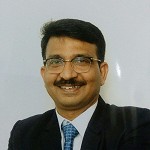 Default in TDS Collection and Deposit – How Punishable is This Offence

In the recent past it is observed that Income Tax Department is issuing show cause notices for launching prosecution u/s 276B of the Income Tax Act. Such notices are issued for defaults in payment of TDS. Prosecution has been launched even in cases where amount of default is low and period of default is of few days. Such an instance is found in Madhumilan Syntex Ltd. & Ors. Vs. Union of India & Anr. (2007) 208 CTR (SC) 417: (2007) 290 ITR 199 (SC).

Now the question arises whether in each and every cases prosecution proceedings can be initiated? There is no straight answer. Various courts have examined this issue. Points which can be used in favour of the assessee are summarized below:

Point no 1: TDS Default Amount and period is Important:

CBDT has issued instruction no. 1335 of CBDT, dated 28-5-1980 to the effect that prosecution should not normally be proposed when the amounts involved are not substantial and the amount in default has also been deposited in the meantime to the credit of the Government.

Point No 2: Absence of Reasonable Cause of TDS Default:

The provisions of section 278AA lays down that no person shall be punishable for any failure referred to in section 276B if he proves that there was reasonable cause for such failure.

It is essentially a question of fact to be decided in each case on consideration of material placed before the concerned authority. However the burden of proof that there was a reasonable cause for default is on assessee.

In SEQUOIA CONSTRUCTION CO. LTD. & ORS. vs. P.P. SURI, INCOME TAX OFFICER reported in (1985) 47 CTR (DEL) 277 : (1986) 158 ITR 496 (DEL) : (1985) 21 TAXMAN 13 there was delay in deposit of TDS. In view of reasonable cause shown by assessee, penalty proceedings came to be dropped by both appellate authorities. In this respect the court held that “Dropping of penalty proceedings must weigh with trial Court while judging the reasonable cause prevailing with assessee. Milder proof of reasonable cause must be taken to have been established. Continuance of prosecution proceedings would be a sheer exercise in futility and harassment of assessee—Prosecution was quashed”

Point No 3: Unintentional TDS Default is not punishable:

Point No 4: Non deduction of TDS vs TDS deducted and not paid

After amendment of s. 276B w.e.f. 1st April, 1989, only if a person deducts tax but does not pay the same there is an offence. Failure to deduct tax has ceased to be an offence after the said amendment and it only attracts penalty under s. 271C. During the course of audit many a times it is observed that TDS has not been deducted on expenses incurred/provided at the end of the year. What generally is done that TDS liability is created as on 31st March by debiting vendor account. And the TDS liability is paid in current date. Thus there is a default from 1st of April to the date of payment. This will also attract prosecution provisions u/s 276B. On the other hand if instead of making TDS provision at the end of the year i.e. 31st March, the TDS liability should have been created on current date and payment made. This will make prosecution provisions u/s 276 B inapplicable.  See also Kaushal Kumar Biyani vs union of India through ITO (2002) 174 (CTR) MP 552

Point No 5: No Prosecution if it is a Company assessee:

Prosecution can’t be initiated against the company. It has to be initiated in the name of Director or Principal Officer responsible for TDS compliances. For initiating prosecution proceedings against the director of the company, the assessee officer has to give notice u/s 2(35) expressing his intention to treat such directors of a company as "principal officers". However, it would be sufficient compliance if in the show-cause notice issued to the company it is mentioned that the directors are to be considered as principal officers of the company.

In absence of both, permission is not granted to appeal against the judgment passed by Addl. Chief Metropolitan Magistrate whereby respondent director of the company has been acquitted of the offence under s. 276B. (COMMISSIONER OF INCOME TAX vs. DELHI IRON WORKS (P) LTD. & ORS (2011) 331 ITR 5 (Del) : (2010) 195 TAXMAN 372 (Del)

If the assessee understands that there has been a default in deduction and/or deposit of TDS which may attract penal provisions of section 276B, he may express his consent to pay compounding fees/charges. Detailed guidelines have been issued by CBDT for compounding vide CBDT’s F No.265/26/2002 IT(INV) dated 29-7-2000 [263 ITR(St.)3] Such compounding can be done either before or after the institution of prosecution proceedings.

Keeping in mind the stringent provisions of law, first thing which is required is its strict compliance. Assessee is required to pay interest and penalty for various defaults. There is an urgent need for clear cut guidelines about the amount of Tax default and period of default which may attract prosecution.  This will not only save time of the assessee and the department but will also save assessee from undue harassment.