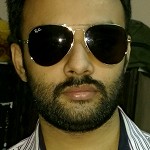 Profit means different things to different people. “The word profit has the different meaning to businessmen, accountants, tax collectors, workers, and economists and it is often used in the loose polemical sense that buries its real significance.

In General sense ‘profit’ is regarded as income accruing to the equity holders, in the same sense as wages accrue to the labour; rent accrues to the owner of rentable assets; and interest accrues to the money lenders.

To a layman, profit means all income that flows to the investors.

To an accountant ‘profit’ means the excess of revenue overall paid-out costs including both manufacturing and overhead expenses. It is more or less the same as ‘net profit’.

For all practical purposes profit or business, income means profit in accountancy sense plus non-allowable* expenses.

Pure profit is a return over and above the opportunity cost, i.e., the income which a businessman might expect from the second best alternative use of his resources

As already mentioned, in accounting sense the profit is the surplus of revenue over and above all paid-out costs, including both manufacturing and overhead expenses.

Accounting profit may be calculated as follows:

Obviously, while calculating accounting profit, only explicit or book costs, i.e., the cost recorded in the books of accounts, are considered.

The concept of ‘economic profit’ differs from that of ‘accounting profit’.

Economic Profit takes into accounts also the implicit or imputed costs. The implicit cost is the opportunity cost.

“Opportunity cost” is defined as the payment that would be ‘necessary to draw forth the factors of production from their most remunerative alternative employment.’

Alternatively, the opportunity cost is the income foregone which a businessman could accept from the second best alternative use of his resources.

Accounting profit does not take into account the opportunity cost.

It should also be noted that the economic or pure profit makes provision also for (a) insurable risks, (b) depreciation, and (c) necessary minimum payment to share holders to prevent them from withdrawing their capital.

Pure profit may thus is defined as ‘a residual left after all contractual costs have been met, including the transfer cost of management, insurable risks, depreciation, and payment to share holders sufficient to maintain investment at its current level.’ Thus,

Pure profit so defined may not be necessarily positive for a single firm in a single year – it may be even negative since it may not be possible to do decide beforehand the best way of using resources. Besides, in economics pure profit is considered to be a short-term phenomenon – it does not exist in the long run, especially under perfectly competitive conditions.

*for example Indian Income Tax Act makes only partial allowance for expenses on ‘entertainment and advertisement’.