Glance at some of the Interesting Facts: 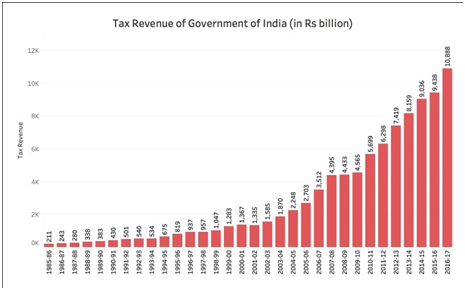 As we all know GOI is a majority shareholder in almost every Public Sector Bank in India, especially these poorly performing PSU Banks. Behaving like a responsible father, the RBI has brought a scheme of recapitalization of these banks wherein GOI funds billions and trillions of public money in these banks in the name of banking reforms and recapitalization.

On an average, no less than INR 15,000 crores of public money per year is being spent on this so-called novel scheme of bank recapitalization.

Let's just take look at this graph below which shows the increasing amounts of money pumped into PSU banks over the past two decades: 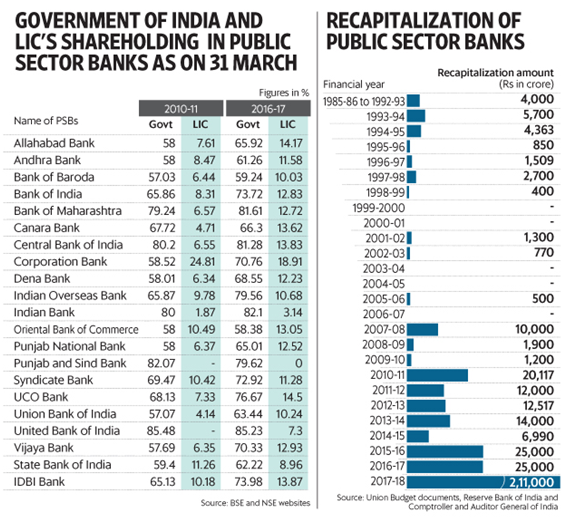 Why do these banks need recapitalization?

The official reason from the government would be that they need to make sure our unbanked populations get access to formal banking channels, and in this process banks often have to make compromises in their investment decisions.

The real reason these banks need constant public money is our biggest open secret: Usually, these PSU banks are run with horrible business models, customer service is their last priority, and their primary business which is to earn money through credit and loans is fully in shambles.

Getting a bank loan for a common man is extremely difficult while getting a huge bank loan would be much easier (no credit reports, no follow-ups, no regular due diligence) if you have some really good political connections.

Therefore, It's quite natural that a large % of these loans are going to fail or in technical terms become NPA (Non-Performing Assets), causing losses to the banks, which basically means causing losses to the government of India, which collects money through its citizens for bank recapitalization.

Settlement has already been done:

The big bang bank recapitalization has already been done. Call it a support, call it recapitalization, or say that the government has financially engineered a way to partially solve the bad loan problem.

During October 2017, the Reserve Bank of India and the Government of India has already finalized the plan of infusing a whopping amount of Rs. 2,11,000 crores in the Public Sector Banking system in India.

The government will themselves buy Rs 1,53,000 crore worth shares in banks and will raise Rs. 58,000 cr. themselves, so there's a 75-25 government-private infusion of new money into banks.

So the amount we are talking now in the Rs. 11,000 crore PNB Scam has already been adjusted in the bank's financials.

Does it mean nothing happens to the Bankers:

Yes. Nothing happens to them even if they go for a deep sleep and extended these NPAs eternally.

You must have heard of Robin Hood - a heroic outlaw, who is traditionally said to rob from the rich and give to the poor.

Looks like Robin Hood has gone astray - Robbing from the poor and giving to the riches.