Petroleum under GST : Illusion vs Reality !!!! 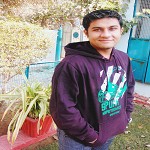 'Petroleum' or 'Black Gold' is one of the most  prominent resources for survival. Although Petroleum has been a burning topic from a long time because of its pricing but after the implementation of daily price revision scheme its price has been soaring. Petrol has breached in Rs.70 per litre mark in Delhi and Rs. 80 per litre in Mumbai. Petroleum is an important source of income for the Government which is one of the main reasons it has been kept out of the GST regime. Through this article I will like to throw some light about the current and the projected picture of petroleum if the same is governed by GST. 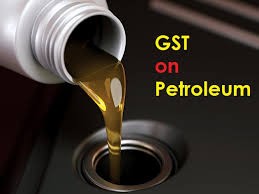 Crude oil is the major raw material for petrol. At present, 80% of India's crude oil needs are met through imports. And thus, international prices of crude oil and foreign exchange rates form the base components of price of petrol at home. Ironically, they form only a small portion of the retail price, and the final price is determined by a host of other factors. In fact, more than 57% of the retail petrol price per litre goes towards taxes, duties, cesses and dealer margins.

Excise duty on petrol is fixed at Rs. 19.48 per litre whereas VAT is charged on Ad Valorem basis which means higher the value, higher is income of State Government. 'Irony of the entire story is we end up paying more taxes than the cost of obtaining fuel.'

The Goods and Services tax (GST) was introduced in India from July 1, 2017 which subsumed all indirect taxes levied by the central and state governments. However, petroleum products such as petrol, diesel, jet fuel and natural gas were kept out of the purview of GST in order to preserve the revenue acquired by the states.

As per Chapter III Levy and Collection of Tax of Central Goods and Services Tax act, 2017 -

'9.(2)  The central tax on the supply of petroleum crude, high-speed diesel, motor spirit (commonly known as petrol), natural gas and aviation turbine fuel shall be levied with effect from such date as may be notified by the Government on the recommendations of the Council.'

However, despite rising prices of petrol inclusion of petroleum in Goods and Services Tax (GST) may not happen soon. Explaining why petroleum may not enter the GST list, an official said, 'Currently, the effective sales tax by states ranges from 6 per cent to 40 per cent on petrol and 6 per cent to 29 per cent on diesel. While states like Maharashtra charge a high of 40 per cent, Andaman and Nicobar changes 6 per cent ad valorem. The Centre charges a fixed amount of Rs.19.48 on per litre of petrol and Rs. 15.33 on diesel across the country. Now, if petroleum is included in GST, then the Revenue Neutral Rate (RNR) could be as high as 100 per cent.' 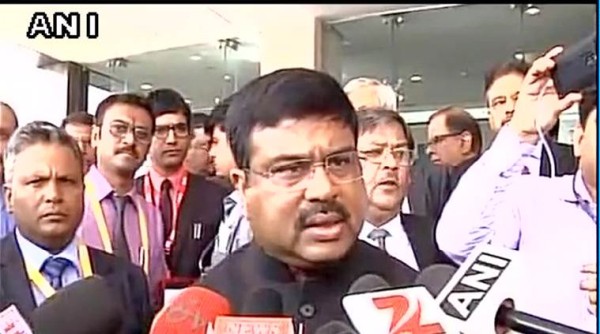 As far as the GST law is concerned, petroleum products have not been kept out and are a part of the GST legislation but the decision to levy GST on these products can be taken only after the GST Council clears it with 75 per cent or three-fourth majority. If in the present scenario GST is levied on petro products, it will stand to subsume both VAT and excise duty and will be replaced by one of the four broad tax slabs of the new tax regime. Assuming that fuel is charged even under the highest tax slab of 28 per cent, the prices of petroleum products will fall sharply and will lie somewhere around Rs.47. This will lead to a substantial fall in the revenue of the Government and the Government may also levy additional cess to compensate the same. 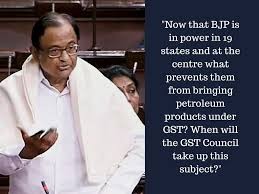 Overall the journey of bringing petroleum products under the purview of GST is not going to be as easy as it seems to be. It will face some glitches in its way. The bottom line is that there is no relief in the offing for the common man. Petrol prices are up 3% since the beginning of the month while diesel is up 6%. We hope to see the petroleum products soon under the purview of GST. It will be interesting to see how the Government manages all these issues.