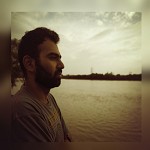 
Part 3: Petrol and GST: To include or not to include? The problem faced by state governments.

This post mainly focuses on state governments and their refusal to include fuels in GST circle.

1. The foremost objective of GST was to eliminate multiple taxes charged at different levels by both Centre and States as seen in the previous article, and to replace it with one single tax. That's why the phrase "One Nation, One Tax".

2. In the earlier mechanism, Centre and States levied their share of taxes separately and earned their revenues separately. But in GST, the Centre and States agreed to come together and charge a single tax, and share the tax among themselves on a proportionate basis. rather than charging separate taxes repetitively.

3. What this means is that the states can not charge a separate tax  as per their choice on products anymore, like they used to charge VAT earlier. Rather, both Centre and States will share the GST collected from people.

4. In a way, the states gave up their power to charge taxes exclusively as per their requirements and agreed to work collectively with Central Government via an integrated mechanism.

Why charge tax for petrol?

1.  As mentioned in the last post, the MRP of any product that you buy, includes taxes charged by Central and State governments. And if there is a product in India that is bought by people accross the nation, day in and day out, irrespective of their religious, social, economic and geographical conditions, it is fuel (petrol).

2. From an income point of view, it is very logical for the governments to charge tax on petrol, since A. Everybody buys fuel. B. It will be a constant source of revenue for government.

3. Therefore, both Central and State government charge taxes on petrol, as it will be a very reliable source of income for both of them since whoever buys petrol, has to pay the tax.

But then why the petrol is still taxed as per old mechanism and not brought under the ambit of GST?

2. Their reason for that being, if brought under GST, the states will lose their power to charge VAT on the fuels. And VAT on fuels constitutes a major source of income for any state, that goes upto thousands of crores a month.

3. Each state in India charges VAT at a specific percentage of the petrol price, and this percentage depends on how much tax the state needs. States like Maharashtra levy VAT on petrol as high as 40%, which is the highest in the Nation. Whereas the VAT in Delhi is at around 27%. Even the communist government in Kerala charges VAT at nearly 30% to its people. Goa has one of the lowest VAT rates on petrol among the states, nearly at 16% and the lowest VAT on petrol in India is charged by Union Territory of Andaman and Nicobar at 6%.

4. Be assured, depending on which state you live in, the price you pay for petrol includes state VAT ranging from Rs. 15 to Rs. 25 per litre on any day. So, if the petrol is brought under GST, and the states are stripped off their power to charge VAT from you, the price of petrol in your state will come down by Rs. 15 to Rs. 25 immediately.

If you are living in Mumbai, where the VAT rates are the highest and petrol prices have already reached Rs. 91, if the petrol is brough under GST, the price of petrol will come down to Rs. 65 and you will save Rs. 28 !!

5. While the govt of Maharashtra will not lose Rs. 28 per litre entirely, as it will be compensated by the Centre, but a significant portion of those 28 rupees would no longer be earned by it, causing a huge loss of revenue. Moreover, the state wouldn't have total control over the tax it can levy on petrol.

6. No government can afford to lose a significant amount of its revenue from petrol, irrespective of the political party that runs the government. A lot of their schemes and projects depend on taxes from fuel, and if they loose this tax, they have no other reliable alternative that can fetch them equally big income in such a short time. All of their capital projects and populist schemes would get stalled. That's how heavily our states depend on taxes from fuels.

To sum up, I can give you the following points, which are also the reason why it has become difficult to reduce petrol price-

1. Petrol is still being taxed as per old mechanism of multiple taxation. The petrol we purchase includes Central Excise and State VAT (Not to forget the cost of Oil Companies and Commission of dealers), all of which create a huge cascading effect. Thus, inflating the price of petrol.

2. States are reluctant to give up the VAT on petrol since it's a major source of income for them, and bringing petrol under GST will cost them thousands of crores in revenue, which cannot be easily compensated by any means.

In the next post, I will bring out the Centre's role in petrol pricing. And we'll try to understand how the Centre manages its incomes and expenses.