Before the introduction of the Companies Act, 2013 there was a scant representation of women in Indian corporates. Women though inducted in the Board were generally the wife, daughter or daughter-in-law of the Chairman, Managing Director or the director having a significant influence on the Board. The voice of a woman director was generally hushed up due to close family relations.

When we take about women empowerment, it is not something where a woman can merely play a simple role in a corporate, but they should be encouraged to be a part of a higher level of the decision-making process. To bring more women in the corporate sector and more into the role of the decision-making process, the Companies Act, 2013 has introduced the mandatory appointment of at least one women director as a Board member in a certain type of companies. 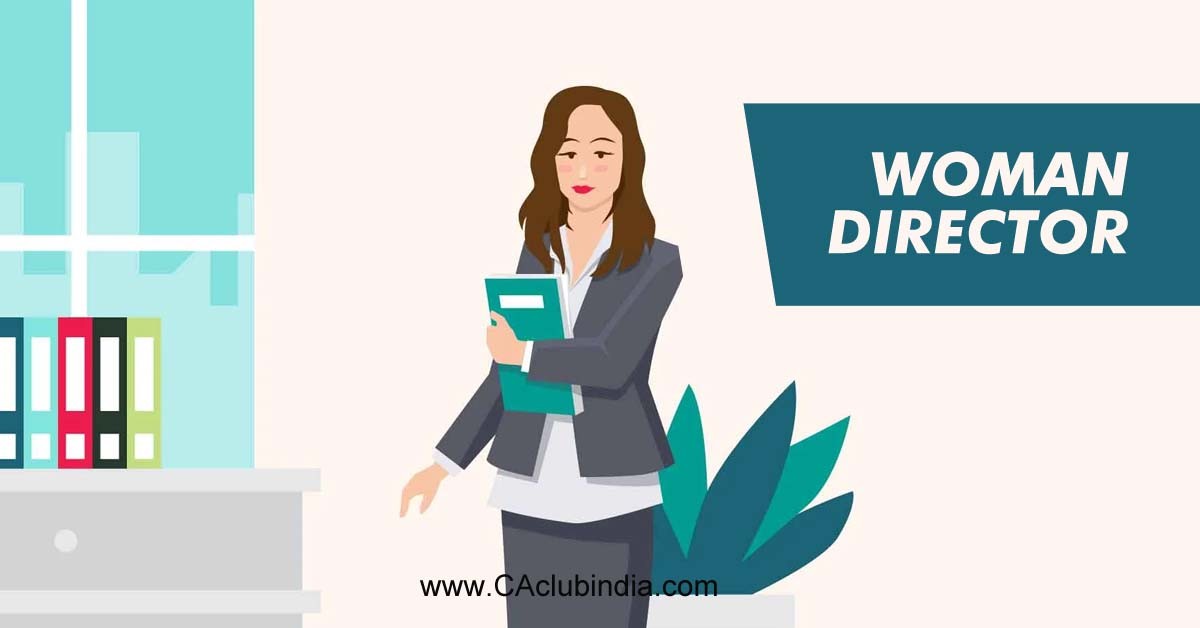 Criteria for a woman director

According Rule 3 of Companies (Appointment and Qualifications of Directors) Rules 2014 casts responsibility on following companies to have at least one woman director.

(i) every listed company;
(ii) every other public company having

Further if there is any intermittent vacancy of a woman director then it shall be filled up by the board of directors within 3 months from the date of such vacancy or not later than immediate next board meeting, whichever is later.

Any company which is incorporated under the new companies Act shall comply with the above conditions within six months from the date of incorporation. However, any company which has been incorporated under the old companies Act shall comply with such conditions within one year from the date of incorporation.A woman director is required to obtain DIN (Director Identification Number) to become director of a company.

Women Directors can hold a maximum of twenty directorships that includes the sub-limit of ten public companies. Any contravention on this part shall be subjected to a fine ranging between Rs.5000-Rs.25000.

Vacancy created due to resignation, removal, automatic vacation or retirement by rotation of a woman director has to be filled within a period of three months. A company can also have more than one woman director and the vacancy caused by one of them will not be considered as an intermittent vacancy, as the company still satisfied the Companies Act of 2013 with respect to Women Directors.A woman director can hold the position of Director until her next Annual General Meeting from the date of appointment. She is also entitled to seek for reappointment at the general meeting. The tenure of women director is liable to retirement by rotation similar to other directors.

More woman on the Board not only results in compliance with the law, but it also results in increased sales and production apart from creating a public image. According to research conducted, the number of woman directors in the company board seems to be growing year after year. One of the challenges faced by Indian Corporates faces that only a handful of Indian Corporates have been able to find suitable candidates to comply with the regulatory requirement due to the limited pool of women candidates from the corporate sector. Most of the companies looked for woman directors from academia, law firms, government organisations and social sectors.

However, since there is a very small portion of woman directors and there is no data base to select woman director, most of the woman directors are being appointed from the family or the distance family. The requirement of woman directors is a good sign for corporate growth in the country. Experts are of the opinion that woman on the board results in more profitability and sustainability. Thus, the Companies Act 2013 has paved way for gender equality and more women participation.