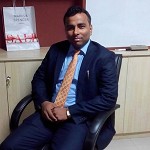 Package of relief and incentives for exporters detail analysis

1. Refund of IGST paid on goods exported outside India in the month of July would began from 10.10.2017.

4. For this, the Council agreed to suitably empower Central and State GST officers so that exporters get refunds from one authority only.

Immediate relief is being given by extending the Advance Authorization (AA) / Export Promotion Capital Goods (EPCG) / 100% EOU schemes to sourcing inputs etc. from abroad as well as domestic suppliers without payment of  IGST, Cess etc.

Domestic supplies to holders of AA / EPCG and EOUs would be treated as deemed exports under Section 147 of CGST/SGST Act and refund of tax paid on such supplies given to the supplier.

This Para of press release lead to lot of confusion that the supplies to Holder of AA/EPCG/EOU regarded as deemed export, and refund will be available to the supplier. Since the Para use the word refund, which indicates that there will be no upfront exemption rather there will be refund in case of supplies against scrip, means pay first and refund back. Further the third proviso of the rule 89 of the CGST rules allowed refund in case of deemed drawback to the recipient, but the press release use the word supplier is entitled for refund.

Merchant exporters will now have to pay nominal GST of 0.1% for procuring goods from domestic suppliers for export.

- The permanent solution to cash blockage is that of "e-Wallet" which would be credited with a notional amount as if it is an advance refund. This credit would be used to pay IGST, GST etc. The details of this facility would be worked out soon. The Council desired that the “e-Wallet” solution should be made operational w.e.f. 1st April 2018.

This facility will be drawn taking into consideration WTO agreement, this scheme must be WTO compatible,

- Exporters have been exempted from furnishing Bond and Bank Guarantee when they clear goods for export.

- The GST rate on sale-purchase of these scrips is being reduced from 5% to 0%.

This will improve the rate of MEIS/SEIS scrip in market which was negotiated in market at 88% to 90% due to levy of GST, now hope market rate will increase to 95 to 98% i.e. there will be additional flow in of cash ranging from 7 to 8%, which will be beneficial for exporter.