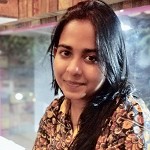 • Multiple overlapping laws and adjudicating forums dealing with financial failure and insolvency of companies and individuals in India.

• Provisions relating to insolvency and bankruptcy for companies could be found in the Sick Industrial Companies (Special Provisions) Act, 1985, the Recovery of Debt Due to Banks and Financial Institutions Act, 1993, the Securitisation and Reconstruction of Financial Assets and Enforcement of Security Interest Act, 2002 and the Companies Act, 2013.

• To facilitate easy and time bound closure of business in India and to overcome these challenges, a strong bankruptcy law was required.

• Both refer to a situation when an individual or company are not able to pay the debt in present or near future and the value of assets held by them are less than liability.

• Insolvency in this Code is regarded as a 'state' where assets are insufficient to meet the liabilities. If untreated, insolvency will lead to bankruptcy for non-corporates and liquidation of corporates.

• From the above, it is evident that insolvency is a state and bankruptcy is a conclusion. A bankrupt would be a conclusive insolvent whereas all insolvencies will not lead to bankruptcies. Typically insolvency situations have two options – resolution and recovery or liquidation.

Purpose behind enactment of Insolvency and Bankruptcy Code, 2016:

As per the Preamble to the Code, the purpose of this Act is as under:-

(a) To consolidate and amend the laws relating to re-organisation and insolvency resolution of corporate persons, partnership firms and individuals. (b) To fix time periods for execution of the law in a time bound manner.

(c) To maximize the value of assets of interested persons.

(e) To increase availability of credit.

(f) To balance the interests of all the stakeholders including alteration in the order of priority of payment of Government dues.

Conclusion: The Insolvency and Bankruptcy Code, 2016 is intended to strike the right balance of interests of all stakeholders of the business enterprise so that the corporates and other business entities enjoy availability of credit and at the same time the creditor do not have to bear the losses on account of default.

To read the full article: Click here
To enrol Corporate and Allied Laws subject of the author: Click here