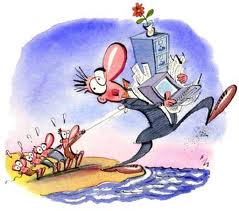 
Finally the bell rang and US economy has figured their first tranches of measures to boost the economic activity of their own through real identification of problems. Its now well clear that the $700billion dollars stimulus followed with other small stimulus declared by US to fight the recession have only got its way to the equities and other assets classes of the emerging economies. The result of the flow of the stimulus funds into merging economies is that today we are having the Nifty at 5800 range from the lows of 2008 November. This article is not about the nightmare of double dip recession or any thing throwing light to that platform.Neither the article depicts any picture on the outsourcing business affects after this verdict.This article depicits a diffrent more dangerous frothcoming nightmare. The decision of outsourcing is the first step taken by US which will create job for its won citizens. One have to understand the underline principal that Asian economies are growing at the cost of Western and once the tide turns back tough times begins for Asian economies.
Many of my readers will not agree since we will start scouting for domestic growth drivers. But wait a minute. Do you believe truly that Asian economies are fully domestically driven after the recession? The reply will be no and even yes I have many points to bring the hidden invisible facts.
The flow of capital is the most important prime driver behind any activity starting from the goods being produced in the factory to buying of the goods by us. This flow of capital started from the stimulus package declared by US in 2008.Since if one could remember in 2008 when the recession touched the floors of Indian markets specially the Indian industries cash crunch was the word which has humming at that point of time. Indian banks became reluctance to loans and foreign inflow dried up. Once the stimulus was declared and the time it took to reach Indian markets and other Asian markets the game of turnaround happened leaving all of us will pockets filled with strong growth and revival numbers.
But what happens when this fund will be winded up. Any reply from speculators.
BALLOON GROWTH

Can any one explain me how Dow Jones climbed the level of 10000 mark when the US economy is suffering with its lungs choked with deep problems. Even if I take that the part of the stimulus was deployed in to the US economy still then that investments should not have been able to boost up the US stock prices.ROI in business takes time and in an deep economic problem country the ROI will take longer time frame than an ordinary healthy economic country.Now it will be very interesting to watch that what speculators does to keep the show of Indian browsers going on.
DEATH OF SPECULATORS ABOUT TO .........................................................
Speculators filled the air with expectation of future probable growth of the US companies and this filled up gas balloon made the US market to cross 10000 mark. Now when the unemployment is still high which reflects that business is happening very less in US then how the US market climbed 10000 mark. I must salute the speculators for their active participation to fool the world markets. They are fuelling hopes of speculative growth for 2011 and once this goes off the real picture comes up. If we take the growth as projected by Dow Jones then why Us is not having its unemployment numbers coming down. As long as unemployment will remain high and job creation will not happen as a result the US economy tax revenue will generate and more unemployment benefits will be dispersed from the pocket .
Lets come back to the topic of Indian market now. We always ignored the bad numbers and catch up the good ones. In fact we have mastered the art of discounting risk and bad indicators signals and always prefer to remain in the fools paradise. We always measure the growth of the market and industry with manufacturing and GDP numbers and investments growth. Good but did we ever peep into the consumption style and methods. If US have done this activity much before rather than discounting the bad signals of the economy the whole world should not have faced the dark nights of recession. 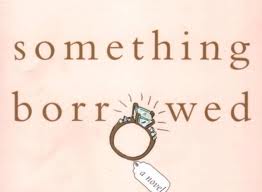 OASIS CREATED OF BORROWED GROWTH.
Today India is having a good growth of consumption. Since sales numbers are climbing with leaps and bounds and forcing every one to produce more and more. If we catch the real estate sector we find the prices of the sector is not jumping rather galloping like a horse. Demand is increasing is the caller tune of the real estate industry. Buyers are buying the flats and properties on bank loans.
Repayment of the loan will be made form the salary or from business profits. Now if tomorrow the flow of capital gets winded up even in small tranches do you believe that your business or the company where you are drawing salary will not face any hiccups? Moreover if the hiccups increases then one might loose the job and other might have to stop the production in that case how one will mange to pay the loans of the banks taken for real estate. Now you can imagine this is the same story for all sectors where consumption is happening on borrowed capital.An immedate example is automobile space where figuresa nd production is galloping.
Consumption and demand is picking up but all on borrowed capital and thats too with higher percentage of risk in uncertain global times. Who ever counter fights the opine that Indian market is free market and domestically demand should give a second thought and moreover should understand that 2010 is an globalised market where growth and death both are shared in equal tranches.
Same story was prevailing in US when consumption was high and demand too but with borrowed capital. So we are now clear that Indian growth is based on borrowed capital and we are getting the inflow of this huge capital from US stimulus. We are discounting too many indications which are showing roads of precaution and speculators are playing with them and are waiting for the right time to exit their own portfolios and leave us in an Oasis.
Now it will be very interesting to watch that what speculators does to keep the show of Indian browsers going on.How long will be game of Discounting will be played is the watching movie.Nifty have reached the level of 5700 and now its time to have another round of tough times as indications are coming  of a slowdown in the Indian economic activities.Outsourcing is a small a matter from the palce where we are standing originally.

In short, we could be on the verge of a major sell-off. We've said this several times before, but to protect your portfolio as much as possible, it's a time to hold cheap defensive shares with good yields.