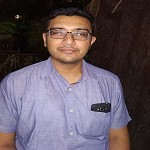 These are the common thoughts which comes in our mind spontaneously. But it's merely a flow of negative emotions and never let them to cover your mind.

Friends, the fact is that ' It's 10 times harder to pass the exam in 3rd or more attempt as compared to pass in first attempt.' It's really appreciable to give attempt after seeing the black face of failures. It's had to run again after getting fall down. It deserve a salute for your inner daring to sustain yourself in such situation.

Further, there are always reasons for failures, whether current or previous. And the reasons can be understood only and only by us. The reason can be of any field and form, it need not be same as was suffered by others. The effectiveness of the reasons are different for different persons. For example I am more attached with my family so any family issue may disturb more. On the other hand, a person with practical thoughts may not be disturbed by any family issue. So never do such type of comparison.

Also, never compare or just look at the figures of marks. Because an another fact is that a small effort may increase marks by big amount.

As far as the preparation is concern, you just need some amount of practice and the presentation (language) which are demanded by our institute. For that, use the publications of our institute. Among them suggested answers and practice manuals are the really the most effective tools. And in case of taxation, amendments are the best weapon to war.

Never give less importance to practice, practice of past papers is the key to success in this situation. For that, first prepare (study) the past paper form suggested answer or amendments and then write the same after some time (hours). Write 12 (write last papers without referring them) papers in this way. This will not only give you the best practice but also provide you presentation skill which is demanded by our institute. In my article titled ' Knowledge base for CA preparation' and dated 22nd September 2016, I have described that why and how to do the practice of papers.

This practice can be done in 3-4 months by allotting just 3 hours per day for a single group. So with a small effort, one group can be successfully passed.

All the best.
Success is coming for you.