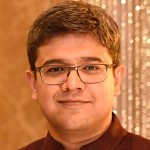 
The Financial Stability Report (FCR) June 2016, issued by RBI suggests that the business of Scheduled commercial banks (SCB) is showing significant stress. The Gross Non Performing Advances (GNPA) of SCBs sharply increased to 7.6 % of the Gross advances from 5.1% between September 2015 and March 2016.The net non-performing advances (NNPAs) as a percentage of the total net advances for all SCBs increased considerably to 4.6 per cent from 2.8 per cent between September 2015 and March 2016.The macro stress tests suggest that under the baseline scenario, the GNPA ratio may rise to 8.5 %.If the macro scenarios deteriorate in the future, the GNPA ratio may further increase to 9.3 per cent by March 2017 under a severe stress scenario.

Much is being attributed to the Asset Quality Review, which was “ the deep surgery” prescribed by RBI Governor Raghuram Rajan as a desperate measure to clean up the bank books. For the central bank this exercise was similar to the stress test conducted by the US & European authorities after global financial crisis, specifically aimed at identifying the pressure point in the countries banking sector. The impact of AQR affected earnings of state run banks which reported cumulative losses of Rs. 17955 Crores in FY 2015-16. The AQR exercise is a part of bigger mandate to the banks to clean their books by 2017.

While the ballooning bad loans in public sector banks can be attributed to the “ overall economic downturn” in the border sense , but it is imperative to understand and analyse the real cause of the present spurt in NPAs and stressed assets. The effect of domestic and global slowdown cannot be denied, but the other contributors include delay in statutory and other approvals for projects under implementation,aggressive lending practices,diversion of borrowed funds, laxity in credit appraisal and loan monitoring & lack of skill set for appraising projects. Though this list is not exhaustive.

This article throws light on the each of the above factors and how they have contributed to bad loan of close to Rs. 4 lakh crores in absolute terms.

Domestic & Global Slowdown-  The overall economic scenario is discouraging the domestic as well has the global economic activity has slowed down over the past couple of years which has adversely effected the corporate sector in Indian, and in-turn has adversely effected their loan servicing capacities. Global uncertainty result in lower demand for products including exports, which directly effect the manufacturing & trading sectors with reduced revenues ,diminishing profits and bloated account receivables. The basic metal and metal products, construction and textiles being the major contributors to the stressed assets in March 2016. RBI Governor Raghuram Rajan has also put the blame of the ballooning bad loans on “Overall Economic Slowdown “ in his submissions to the Public Accounts Committee.

Delay in statutory and other approvals for projects under implementation-  Over the last couple of years there have been have delays in granting the permissions,clearances to projects that were funded and were already under implementation. There have been judicial pronouncements, environmental concerns and other political reasons, that have added to the plight. Cancellation of coal block allocation issues on iron ore mining and telecom spectrum allocation are just a few examples. These event obviously contribute in a time overrun. This results in total cost escalation on account of normal course of inflation, coupled with accumulating interest cost which mars the project viability, with reduced cash inflow generation.

Diversion of borrowed funds- Non utilisation of borrowed funds for the intended project and its diversion to unrelated projects /business activities, specially real estate is a major contributor to the stressed assets across the banking industry. In the past decade real estate became the most lucrative business preposition with multifold returns within shortest span of time. This resulted in shift of focus from mainstream businesses to real estate, capital and borrowed funds were withdrawn out of business for investment in real estate, this yielded some results initially, but in the long run the main business activity were deprived of capital, while the sluggish and stagnant real estate over the past couple of years resulted into no or negative returns , while the capital is blocked in the bloated inventory of real estate across the country. As a result the mainstream businesses are starved of the capital, resulting into poor debt servicing capacity.

Aggressive lending practices- Competitiveness and expectation of double digit growth resulted into lenders taking aggressive calls, being obsessive with the growth potential and putting normal prudence. For example ; with knowledge of the excess capacities being available in sectors like textile and steel, massive expansions have been funded, exposures in foreign currencies were taken without hedging, indiscriminate lending continued without realising over leveraged position of the borrowers.

Laxity in credit appraisal and loan monitoring & lack of skill set for appraising projects - The quality of credit appraisal and post disbursement monitoring is a major concern for banks , the staff in PCBs is not adequately equipped to appraise projects feasibility and viability, reliance is placed on financial projections, without vetting it against the actual situation or stress testing it. There is an acuter shortage of adequately trained and motivated staff willing to handle credit business.

Though the above factors are not exhaustive and not mutually exclusive , but the combined effect has resulted in an overall stressed assets ratio of 11.50% in FY 2015-16, with the banking sector GNPA showing a y-o-y growth of 79.7% in March 2016. The situation is critical and corrective steps need to be taken immediately.

RBI, Government and regulatory authorities have already initiated steps in the direction, the government reforms in stressed sectors like metals and mining, infrastructure, power and telecom is expected release the pressure on the banking sector. The banks have to adopt balanced lending approaches, and have to be cautious in framing there policies and implementing them. Equipping the staff with the relevant knowledge , skills and resources will be a defining moment in managing the menace of bad loans.

The road to recovery is long, but there is optimism , which needs to be exercised with extreme caution.