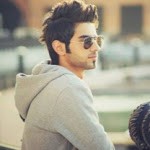 Filing of GSTR-9 would have been an easy task if it was a consolidation of the monthly GSTR-3B as pre-filed monthly GSTR-3Bs could have let the fields of annual form get auto-populated for every month of a financial year.

At present, only two fields of GSTR-9 gets auto-populates which are as follows:

Year-long summary of ITC in the Table 8A of the GSTR-9 can be auto-filled ITC reflected in GSTR-2A.

Also in case one wants to be well updated with all the relevant GSTR 9 form due dates on time, he can refer to the CA portal website which is also the one-stop point for the professional website developments.

As the due dates to file the first annual GST return - form GSTR-9 is approaching near, the Government is becoming wide open-eyed to snap the tax defaulter. So a taxpayer needs to be circumspect while filing GSTR-9 as GSTR-9 return can not be altered later, once filed.

We are highlighting some common mistakes that later on consequences penalty imposition, demand notice and so on.

Not considering the due dates

Not considering the due is a common mistake by taxpayers that led to the imposition of interest and penalties when the GSTR-9 is filed after the due dates and issuance of demand notice when GSTR is not filed.

Not filing separate GSTR-9 return for a business, situated in different State or Union Territory

Filing a single return for the entire business is also one of the common mistakes committed by taxpayers. A GSTR-9 return has to be filed separately for each branch of a business which is located in different State or Union Territory as GST returns are filed based on GSTIN held by a business.

Not getting GST Audit done when turnover is exceeding 2 crores

Under GST laws, businesses with turnover more than INR 2 crores has to get their books of accounts audited by a Cost Accountant or a Chartered Accountant, followed by the submission of a reconciliation statement of the audited financial statements & the annual return in form GSTR-9C.

Mismatch of filed data in monthly and quarterly returns

Data reported in monthly and quarterly filed returns should match with the data reported in the GSTR-9. The mismatch between them may lead to the issuance of demand notice by the GST department. As the last date of making changes in data of FY 17-18 has gone, taxpayers can show additional tax liability in the GSTR-9 return and can pay the same in form DRC-03.

Reconcilement, verification and reporting of accurate details is the responsibility of a taxpayer which should be fulfilled before filing the annual return. For this taxpayer should upkeep the documents which are important evidence of all the details, reported in the return.

Desegregated data in the annual return

Unlike, monthly or quarterly GST returns, the annual GST return demands proper segregation of data under various fields like ITC (input tax credit), HSN codes, Refunds and so on. Integrated data in the annual ITR is a mistake.

Not filing a Nil return

Few Noteworthy Points which a taxpayer should know:

How technology can help?

A tool with the sorting & filter feature can find HSN and summarise GSTR-9 details. In this way, technology can help taxpayers file GSTRs accurately and easily.A reconciliation tool can easily match credit or debit notes against the corresponding invoices, recognize mismatches & duplicate entries and rectify the wrong or non-reporting. An innovative utility can be your true partner in filing GSTR in compliance with GST norms.