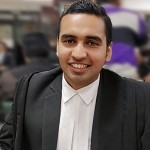 Recently Hon'ble Supreme Court in the case of RAM SIROMANI TRIPATHI & ORS. vs. STATE OF U.P. & ORS. (Civil Appeal Nos. 9142-9144 of 2010 & Civil Appeal No. 6156 of 2012) in its mere two-page judgment dated 7th February, 2019, dismissed the appeal on the ‘request for adjournment' on the ground that “Counsel of the appellants are out of Station”. The Supreme Court ruled that “We make it clear that since we have not found it to be a good ground for adjournment, under no circumstances, application for restoration shall be entertained”.

Below is the key point analysis of the aforesaid judgment:

1. The ruling seems to have settled the legal position in this regard. More so, the ruling is issued by a bench of three judges.

2. In this regard it is relevant to refer Order XVII, Rule 1 of The Code of Civil Procedure, 1908, which grants power to Civil Court to grant time and adjourn hearing. The said rule is reproduced below:

“The court may, if sufficient cause is shown, at any stage of the suit grant time to the parties or to any of them, and may from time to time adjourn the hearing of the Suit for reasons to be recorded in writing:

Provided that no such adjournment shall be granted more than three times to a party during hearing of the suit.”

3. Now, what can be derived from this ruling is ‘Counsel of the appellants is out of Station' cannot be considered as sufficient cause for seeking an adjournment.

4. Sufficient cause has always been understood in the sense that ‘a cause which is beyond the control of party'. The reason for such an understanding was due to the fact that the party should not suffer due to default or non-appearance of counsel.

5. Now, if the counsel for appellants is out of station, can it be said that the “cause is not beyond the control of party”?

6. Another point to be noted is that the ruling only states of ‘Counsel of Appellant being out of State'. What if the Counsel is fallen ill or the hearing date clashes with the date of another hearing?

7. It is also necessary to refer Order IX, Rule12 which deals with the ‘Restoration of Dismissed Suit' and ratio of various judicial precedents in this regard. One such is the case of Onkar Singh v. Angrez Singh (AIR 1993 P&H 134) in which it was ruled that ‘non-appearance of counsel on account of strike is not a sufficient cause for restoration of dismissed suit'.

Applicability of Ratio specifically to Goods and Services Tax Law:

The author can also be reached at ca.shivashish@gmail.com