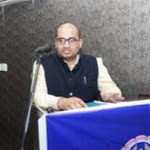 1. If the GST returns for the last 2 months have not been furnished by the regular dealer or

2. If the GST returns for last 2 quarters have not been furnished by the composition dealer

HE WILL NOT BE ALLOWED TO GENERATE EWAY BILL ON THE GST-EWAY BILL PORTAL.

In such cases only commissioner would be able to allow such generation in select cases that too with an order.

Now, What should you do?

2. In case if returns are not filed, then the Eway bill will not be generated.

3. In case if you think that if you won't be able to file then the other person will generate on your behalf then that also won't be possible.

Thus in the end, each and every registered taxpayer who generates eway bill is requested to file all their pending returns till april 2019, in order to avoide any last minute hassles.

The relevant provisions have been incorporated below for your reference.

(a) being a person paying tax under section 10, has not furnished the returns for two consecutive tax periods; or

(b) being a person other than a person specified in clause (a), has not furnished the returns for a consecutive period of two months :

Provided that the Commissioner may, on sufficient cause being shown and for reasons to be recorded in writing, by order, allow furnishing of the said information in PART A of FORM GST EWB-01, subject to such conditions and restrictions as may be specified by him :

Provided further that no order rejecting the request of such person to furnish the information in PART A of FORM GST EWB-01 under the first proviso shall be passed without affording the said person a reasonable opportunity of being heard :

Explanation: For the purposes of this rule, the expression 'Commissioner” shall mean the jurisdictional Commissioner in respect of the persons specified in clauses (a) and (b).”.