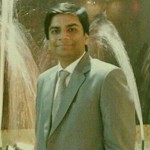 The Act is applicable to any citizen of India whether he is in India or outside India. Section 52 of FCRA, 2010 states that the Act is in addition to and not in derogation of any other law in India i.e. its provisions will prevail over provisions of FEMA.

The eligibility criteria applies for seeking registration to the person defined in section 2(1)(m) of FCRA 2010 a ‘person’ as an individual or a Hindu undivided family or an association or a company registered under section 8 of Companies Act, 2013. Form FC-3 in accordance with r9(1)(a) to FCRA, 2011 applies only to an Association registered under the Societies Registration Act,1860 or the Indian Trusts Act 1882 or Companies u/s 8. Thereby an individual or HUF appears to have not been covered in this form.

Firstly, a person having a definite cultural, economic, educational, religious or social program can receive foreign contribution obtains the prior permission of the Central Government (FC – 4) or, gets itself registered with the Central Government (FC – 3). Second Mandate condition for seeking registration or prior approval is its constitution i.e. the association or institution must be registered under an existing statute like the Societies Registration Act, 1860 or the Indian Trust Act, 1882 or Section 8 of the Companies Act, 2013. Third condition but the most important one is that the institution or association seeking prior approval or registration under FCRA have been in existence for 3 years or more and at least Rupees Ten Lakh (Excluding Administrative Expenses) should have been applied for the activity for the benefit of the society in last 3 years.

Beside all mandate conditions, Section 12(4) in the Foreign Contribution (Regulation) Act, 2010 states some additional conditions that required to be followed by institutions seeking registration. Additional conditions implies the person making an application for registration or grant of prior permission is not fictitious or benami; has not been prosecuted or convicted for indulging in activities aimed  at conversion through inducement or force, either directly or indirectly, from one religious faith to another; has not been prosecuted or convicted for creating communal tension or disharmony in any specified district or any other part of the country; has not been found guilty of diversion or mis-utilisation of its funds; is not engaged or likely to engage in propagation of sedition or advocate violent methods to achieve its ends; is not likely to use the foreign contribution for personal gains or divert it for undesirable purpose; has not been prohibited from accepting foreign contribution. The person has prepared a reasonable project for the benefit of the society for which the foreign contribution is proposed to be utilized. The person has neither been convicted under any law for the time being in force nor any prosecution for any offence pending against him. The acceptance of foreign contribution by the person referred here is not likely to affect prejudicially - The sovereignty and integrity of India; the security, strategic, scientific or economic interest of the State; the public interest; freedom or fairness of election to any Legislature; friendly relation with any foreign State; harmony between religious, racial, social, linguistic, regional groups, castes or communities.

No specific time limit has been provided under FCRA, 2010 for making an application. Applications for registration shall be submitted electronically in Form FC 3 with relevant documents have to be scanned. The Ministry of Affairs has introduced a new facility “FCRA – Online” to facilitate associations to file their applications for registration and submit statutory forms online. Refer fcraonline.nic.in. Registration is valid for 5 years from the date of its issue and further renewed.

Documents to be scanned for registration/prior approval are .Jpg file of signature of the chief functionary; Self-certified copy of registration certificate/trust deed with MOA/AOA showing aim and objects of the association; Activity Report with completed details of activities; Copies of audited statement of accounts for the past 3 yrs; a copy of the pan if issued by income tax authorities; duly Signed Commitment Letter from Donor (in case for prior approval).

Under FCRA, 2010, there is the time limit of 90 days for grant of certificate of registration or prior permission from the date of receipt of application. After the expiry of 90 days that permission be deemed to have been granted until unless there is specific reasons send to the applicant by the government or under the circumstances where the government refuses to grant registration of certificate or prior permission it shall record in the order in the reason there for and furnish a copy of same to the applicant within a time limit. Once the application filed ceases or is invalid or rejected by the central government then another application can be filed only after the expiry of 6 months from the date of submission of first application. No rectification of error is allowed after the application has been finally submitted online. In case of error, fresh application is required to be filed

Separate set of Books of Accounts & records shall be maintained, exclusively for foreign contribution received & utilized. As per amended r13(a) FCRA 2015 person holding the certificate of registration or prior permission has to place an audited financial for every financial year beginning first day of April within 9 months from the closure of financial years on its official website, earlier limit of 1crore has been dispensed, now all association have to comply the requirement and complete financials of the company has to be published within the period of nine months and also foreign contribution received during the quarter has to be published in official website within the 15 days following the last day of quarter.