New Income Tax Rules - What you must know? 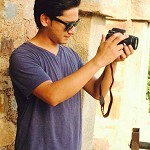 Hail the new financial year 2017-18 and ITR never looked sleeker and simpler. While GST remains the star of this year, the ITR 2, 2A and 3 mergers is no less important. The Finance Minister did what he promised and halved the income tax rates for the income group Rs. 2.5-5 lakhs.

As an assessee; these are just some of the many things you must know about the new Income Tax Rules:

ITR 2, ITR 2A and ITR 3 forms have been unified into the new ITR 2. A quick recap- ITR 2A was for those who owned more than one house but had no capital gains; ITR 2 form was for those who had capital gains; and ITR 3 was for business/firm partners in a partnership firm. What was previously ITR 4 is now ITR 3 and the old ITR 4S (Sugam) has metamorphosed to ITR 4 (Sugam). Another landmark change that took the country by storm is that now it is mandatory to link your PAN to your Aadhaar Card.

The Detailing of Schedule AL

Schedule AL, a nascent addition in tax forms get an elaborate treatment. The detailing of Schedule AL is another highlight of the new financial year. Immovable properties are required to be described in details and life insurance policies, bank deposits, shares and securities need to be reported to the authorities.

Information seeking cash deposits of over Rs. 2 lakhs or more made during the demonetized period needs to be put on record now. This information has been made mandatory for all ITR forms including ITR-1.

Where the asset in question has been a gift or received as part of will or inheritance, the cost of such an asset will be the cost of the previous owner. The improvement costs can be added on, though.

The new income tax rules have provided more power to the income tax commissioners. They now have the authority to search, seize assets and even arrest, if need be. The tax authorities possess a number of retrospective powers as well. Decade old cases, speaking figuratively, can be reopened if an undisclosed income of INR 50 lacs and above is reported for any individual.

The tax rate is fixed at 5% for the income group 2.5 lakhs to 5 lakhs. Those below 2.5 lakhs still enjoy substantial tax rebate, whereas the ones in this 2.5 to 5 lakhs bracket have the rates slashed to half. Even the ones above 5 lakhs are benefitted.

With a handful of other changes coming into effect and some very positive ones out there, we cannot help but laud the Finance Minister for living up to his promise of treating honest taxpayers with dignity and considerably reducing tax liability.

The author can also be reached at vikrantarora0808@gmail.com