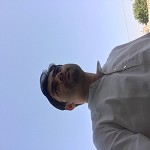 
The world of finance can be complicated and quite daunting at times. It is believed that investments, as a practice is inherently simple after understanding the basics of investments and the terms associated with them. When we hear the word ‘investments’, typically most of us would think of fixed deposits, insurance, infrastructure bonds etc. Mutual funds offer an interesting investment opportunity. However as a category they are not so well-known. In this section, I have tried to explain mutual fund basics and expose the basics of investments in mutual funds.

A Mutual Fund is a trust that pools the savings of a number of investors who share a common financial goal. The money thus collected is then invested in various types of stocks, bonds and securities by a fund manager who is professionally qualified and having much experience in capital market. In return for managing its investment portfolio, he receives fees based on the value of the fund’s assets. The income earned through these investments and the capital appreciation realised are shared by its unit holders in proportion to the number of units owned by them. Unit-holders are treated same as share-holder of a company. So in this way a Mutual Fund is the most suitable investment option for the people as it offers a chance to devote in a diversified, efficiently managed basket of securities at a comparatively small cost.

• Who manages all funds collected from investors

• Who invests money in mutual fund

The mutual fund industry in India began in 1963 with the formation of the Unit Trust of India (UTI) as an initiative of the Government of India and the Reserve Bank of India. Much later, in 1987, SBI Mutual Fund became the first non-UTI mutual fund in India.

Subsequently, the year 1993 heralded a new era in the mutual fund industry. This was marked by the entry of private companies in the sector. After the Securities and Exchange Board of India (SEBI) Act was passed in 1992, the SEBI Mutual Fund Regulations came into being in 1996. Since then, the Mutual fund companies have continued to grow exponentially with foreign institutions setting shop in India, through joint ventures and acquisitions.

As the industry expanded, a non-profit organization, the Association of Mutual Funds in India (AMFI), was established on 1995. Its objective is to promote healthy and ethical marketing practices in the Indian mutual fund Industry. SEBI has made AMFI certification mandatory for all those engaged in selling or marketing mutual fund products.

The second is the UTI Mutual Fund, sponsored by SBI, PNB, BOB and LIC. It is registered with SEBI and functions under the Mutual Fund Regulations. With the bifurcation of the former UTI which had in March 2000 more than Rs. 76,000 crores of assets under management and with the setting up of a UTI Mutual Fund, conforming to the SEBI Mutual Fund Regulations, and with recent mergers taking place among different private sector funds, the mutual fund industry has entered its current phase of consolidation and growth.

There are following advantages of mutual fund:

b. Diversification:-mutual funds have the diversified portfolio which reduces the risk and also secure the return of its unit-holders.

c. Higher return:-generally mutual funds give comparatively higher return than other investment products in capital market. This is already seen from excellent returns, mutual funds have provided in the last few years.

e. Transparency:- according to the SEBI regulations all the mutual funds have to disclose their portfolios on a half-year basis, however many mutual funds disclose this on a quarterly or monthly basis.

f. Highly regulated: - all mutual funds are registered with SEBI in India and also all of them have high reputation in capital market.

g. Flexibility:-there are many schemes in mutual fund for different types of investors. The investor can choose any scheme flexibly according to their requirements.

a. Selection of proper fund: - there are so many funds and schemes in a mutual fund which are based on past performance. But past cannot predict future. A normal person faces trouble in choosing the best fund suitable for him.

b. Cost factor:- mutual funds carry a price tag. There is a highly qualified management team who is being paid highest. Apart this one has to pay entry load and exit load.

c. No control over investments: - you have absolutely no control over what the fund manager does with your fund. Also you cannot advice him. You only can hope for the best.

d. Inefficiency of cash reserves:- mutual funds usually maintains large cash reserves as protection  against a large number of simultaneous withdrawals, although it provides liquidity to the investors. It means some of the fund’s money is invested in cash instead of assets, which tends to lower the investor’s potential return.

e. Dilution: Although diversification reduces the amount of risk involved in investing in mutual funds, it can also be a disadvantage due to dilution. For example, if a single security held by a mutual fund doubles in value, the mutual fund itself would not double in value because that security is only one small part of the fund’s holdings. By holding a large number of different investments, mutual funds are likely to do neither exceptionally well nor exceptionally poorly.

Why Mutual Funds are adoptable over Individual Securities?

People prefer mutual fund and not individual securities because

1. It is not easy for people to analyze a company—its prospects for earnings growth, its performance over the short and long term in comparison to its competitors, its debt level and creditworthiness, its new products in the pipeline, and technological changes threatening that might harm or improve business.

2. There are higher transaction costs in purchasing individual securities. Even when people use a discount broker, the commissions they pay to buy and sell are not cheap.

3. Owning individual stocks means people are less likely to have proper diversification. Diversification lowers our investment risk—if one or two stocks fall, others may gain in value, offsetting the loss. To diversify a stock portfolio, we need to own at least 10 to 20 different companies in different industries, which could cost very much. For the same price we might pay for 100 shares of one security, we can buy units in a fund that owns 100 securities.