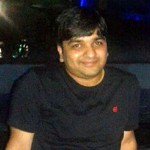 The Special Bench had held that Sec 40(a)(ia) was proposed to be inserted by the Finance Bill 2004 to apply to any “amount credited or paid”. However, when enacted by the Finance Act 2004, it applied only to “amount payable”. The words “credited/paid” and “payable” have different connotations and the latter refers to an amount which is unpaid. The change in language between the Bill and the Act is conscious and with a purpose. The legislative intent is clear that only the outstanding amount or the provision for expense (and not the amount already paid) is liable for disallowance if TDS is not deducted. Consequently, Sec 40(a)(ia) can apply only to expenditure which is “payable” as on 31st March and does not apply to expenditure which has been already paid during the year.

Thereafter, the Andhra Pradesh High Court had issued an interim suspension order on this order of the Tribunal.

1) The provisions of sec. 40(a)(ia) are applicable not only to the amount which is shown as payable on the date of balance-sheet, but it is applicable to such expenditure, which become payable at any time during the relevant previous year and is actually paid within the previous year.

2) Comparison between the pre-amendment and post amendment law is permissible for the purpose of ascertaining the mischief sought to be remedied or the object sought to be achieved by an amendment. But the comparison between the draft and the enacted law isn’t permissible. Nor can the draft or the bill be used for the purpose of regulating the meaning and purport of the enacted law. It is the finally enacted law which is the will of the legislature.

4) The language used in the draft was unclear and susceptible to giving more than one meaning. By looking at the draft it could be said that the legislature wanted to treat the payments made or credited in favour of a contractor or sub-contractor differently than the payments on account of interest, commission or brokerage, fees for professional services or fees for technical services because the words “amounts credited or paid” were used only in relation to a contractor or sub-contractor. This differential treatment was not intended. But the language used by the legislature in the finally enacted law is clear and unambiguous whereas the language used in the bill was ambiguous.

Recently Hon’ble Gujarat HC in CIT –vs.- Sikandarkhan N Tunvar [ITA 905 of 2012] , deciding the similar question of law has held that the term used in section 40(a)(ia) is interest, commission, brokerage, etc., payable to a resident or amounts payable to a contractor or sub-contractor for carrying out any work. The language used doesn’t convey that such amount must continue to remain payable till the end of the accounting year. Any such interpretation would require reading into words which the Legislature has not used. It further held that the Courts in India have been applying the principle of deliberate or conscious omission. Such principle is applied mainly when an existing provision is amended and a change is brought about. Hence, Sec 40(a) (ia) covers not only the amounts which are payable as on 31st March of a particular year, but also amounts payable at any time during the year, of course, as long as the other requirements of the said provision exist.