Marry Your Way To Tax Planning 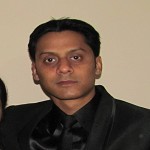 •  The term “Hindu Unpided Family” is not defined in the Income Tax Act.

• It is defined under the Hindu Law as a family that consists of all persons lineally descended from a common ancestor, including wives and unmarried daughters.

• A membership into an HUF does not come from a contract but from status under the Hindu Law.

• Even Buddhists, Jains and Sikhs are regarded as Hindus, and can, therefore, set up HUFs.

• There are two schools of law governing HUFs in India – Mitakshara and Dayabhaga.

•  Under the Dayabhaga system, the father is the sole owner and the exclusive possessor of the joint family property. No member can enforce the partition of the HUF so long as the father lives.

• But the Mitakshara law stipulates that the property vests in the HUF itself and not in any inpidual member of the family and therefore can be partitioned within the lifetime of the father.

• The Dayabhaga law is prevalent in West Bengal and Assam.

• Hindus in the rest of the country are governed by the Mitakshara law.

BASIC CRITERIA FOR AN HUF FORMATION

• To form an HUF all one has to do is to get married.

•  Only one member or co-parcener cannot form an HUF.

• There have to be a minimum of two people to constitute a family.

• The joint family continues even in the hands of females after the death of the sole male member.

•  An unmarried CANNOT form an HUF of which he seeks to be the karta himself. He can very well be the member of the HUF of his father or grandfather, but to create his own HUF he has to wait till he gets married.

•  To create an HUF, obtain a PAN card; open an HUF Bank Account; prepare an HUF creation deed by transferring ancestral assets, gift to the account.

•  The karta has to be the oldest male in the family. If he passes away, his wife cannot become the karta. His eldest son will take his place. If he chooses not to, he can give up his right and the next son in line can take his place.

• The male members are referred to as coparceners.

•  A Hindu coparcener includes the sons, grandsons and great-grandsons of the holder of the joint family property. By virtue of their birth, they acquire an interest in the property.

•  The female members (wives and unmarried daughters) are simply calledmembers.

DAUGHTER CAN ACT AS A COPARCENER

On 9th September 2005, the Hindu Succession Act, 1956 was amended to provide that

—  a daughter too could be a coparcener i.e. joint heir, like her brother to the joint family's assets and

—  she too could enforce the partition of the family property to claim her inpidual share.

—  She continues to be the coparcener in her father's HUF even after she gets married and forms another HUF with her husband.

CAN THERE BE AN ALL-FEMALE HUF?

•   Where a couple has only a daughter—-and the husband passes away, the mother-daughter duo can continue the HUF (although a problem may arise after she gets married and becomes a member of her husband's HUF).

CAN A FEMALE BE THE KARTA?

• The answer can't be “No” in the light of the amendment in the Hindu Succession Act in 2005. An unmarried daughter, in the unfortunate event of her father passing away, will become the Karta of the HUF if she has no brother.

TAXABILITY OF AN HUF

• Under the Income Tax Act, an HUF is treated as a separate entity for the purpose of assessment.

• The same tax slabs are applicable to HUFs as to inpidual assessees.

• It enjoys all the deductions under Section 80C apart from all other deductions and exemptions available to an inpidual assessee.

• Since an HUF is a separate entity, it can earn income under all heads except income from salary.

•  All income that arises on the investment of the HUF's funds and utilization of its assets is regarded as income and is separately assessed and taxed.

•   A member of the HUF throwing his money into the common pool is out of the question, thanks to Section 64(2) which would tax the income earned by the HUF on that money in the inpidual member's hands.

•  You can transfer the money received on sale of ancestral property/assets into your HUF.

• The income from property of HUF can be further invested in instruments such as shares, mutual funds, etc. and will be assessed under HUF.

•  A way-out is to receive gifts from members of bigger HUFs, who though your relatives, aren't members of your smaller HUF.

• A father may make a gift of money to his son's newly-created HUF, clearly specifying in the Gift Deed that the gift is to his son's smaller HUF and not to the son himself. This will keep both Section 64(2) and Section 56(2) at bay.

•  Any gifts received by the members of HUF (birthday, marriage etc.) can be treated as assets of HUF.

PARTITION OF AN HUF

•  Any coparcener can enforce the partition of the HUF and then the share will be pided between:

a. A son in the womb of his mother at the time of partition

b. Mother (gets an equal share if there is a partition between the sons and her husband has passed away)

c. Wife (gets a share equal to that of a son at the time of partition between father and sons)

•  Income tax act does not recognize partial partition. So there should be complete partition of HUF.