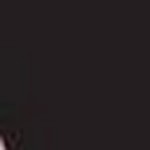 
The Government of India with its reformative outlook has once again brought major changes, to say the least, by way of amendment rules. Let us look at some of those major changes brought during the current month alone:

Hands down, one of the most significant developments has been the amendment of the Companies (Significant Beneficial Owners) Rules, 2018 by way of notification of the significant beneficial owners amendment rules 2019 on 8 February, 2019.

Significant beneficial owners (SBO) have been provided a new definition according to which individual as SBO is now based on direct and indirect holding of voting right or entitlement in the reporting entity.

In case any declaration in form BEN-1 has been received by the company it shall file a return in form BEN-2 with the registrar within 30 days from date of receipt of declaration and maintain a register of significant beneficial owners in form BEN-3.

However the forms are yet to be deployed on the MCA portal.

The Companies Amendment Act, 2017 dispensed with the earlier requirement of value of private placement offer per person to be of an investment size of not less than Rs. 20,000/-. Such provision which still found place in form PAS-3 as a declaration has been removed thankfully by way of the Companies (Prospectus and Allotment of Shares) Second Amendment Rules 2019 effective from 19 February, 2019.

Changes in adjudication of penalties

Now, every adjudicating officer, being any officer of the of the Central Government not below the rank of Registrar, shall issue written notice to any other person of the company if he deems fit in addition to the Company and its officers in default, in the specified manner as per section 20 of the Act (service of documents registered post or by speed post or by courier service or by leaving it at its registered office or by means of such electronic or other mode) within prescribed time period which has been reduced from maximum 45 days to 30 days from the date of service of notice to show cause why penalty under the act should not be imposed on it or him (instead of initiating an inquiry).

The adjudicating officer is now required to specify in the written notice relevant penal provision of the act and maximum penalty which can be imposed on such company and officer in default or the other person.

If under the act a fixed sum of penalty is prescribed, the officer shall impose such fixed sum for any default.

Now reply to such written notice has to be filed in electronic mode only within the time specified in the notice. Also, now the rule has mandated the payment of penalty through MCA portal only. Such Amendment is effective from 19 February, 2019.

The government has mandated all existing companies (incorporated on or before 31st December 2017) to file status of their company in E-Form ACTIVE (Active Company Tagging Identities And Verification) (INC-22A). However such companies which have not filed their financial statements under section 137 or annual returns under section 92 or both with the registrar shall be restricted from filing search form.

Moreover such restriction shall not be applicable in case of any management dispute of which the registrar has recorded in the register, companies which have been struck off or under the process of striking off, companies under liquidation, companies having amalgamated or dissolved as recorded in register of Companies.

Companies have to comply with the government’s mandatory status checking on or before 25th April 2019.

Non compliant companies shall be duly penalized. Firstly filing the E- form after the due date can be done only after paying huge fee of Rs.10,000/- for delayed filing. In addition, active non-compliant companies shall not be allowed to change authorised share capital, paid up capital, change its directors, change the place of registered office or amalgamate or merge.

The new E-form INC 22A requires disclosure of not only the address of registered office but also a photograph of the registered office along with the least one Director or key managerial personnel who has certified the E-form (showing external buildings, inside office).

The other details to be disclosed include:

Such e-Form has to be verified by two directors or one Director and one KMP and a practicing professional.

Hope such changes help achieve the governments all out endeavour of ensuring transparency in the operations of business in India.