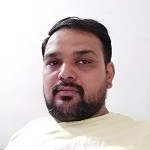 Leave Travel Allowance is given to employee by his employer to cover his travelling expenses when he goes on vacations. Exemption is available for travel to an employee alone or with his family. Family includes his spouse, children, dependent father or mother, dependent brother or sister. Children include not more than two children whether adopted or step child. LTA can be claimed when an employee submits actual bills of travelling to his employer. Exemption of LTA is allowed for travelling in India only not cover out of India.

Conditions for Exemption on LTA is allowed under section 10(5):

How many times LTA exemption can be claimed or can be carry forward?

The assessee can claim LTA twice in a block of 4 years. If you have not claimed even a single time, or claimed only once in a block of four years, you can carry forward balanced one to next block of years.

There is one exception that you cannot claim twice a time in first year only.

The Following amount is eligible for LTA exemption-

Mr. X, an employee of ABC Pvt. Ltd. travelled with his family from Chandigarh to Hyderabad and back through business class flight. His total expense on air tickets was Rs. 52,000. The economy class airfare of travelling is Rs. 25,000. His employer reimbursed Rs. 52,000 to him. How much of his LTA be exempt from tax?

The airfare of economy class is lower than the actual amount of money spent on tickets. Therefore, only Rs. 25,000 will be exempt from tax and remaining Rs. 27,000 will be added to his taxable income.