The CONSTITUTION OF INDIA is the Fundamental Law of India.  It is the longest written constitution of any nation in the world, containing 395 articles and 12 schedules. Dr B.R. Ambedkar was the Architect of Indian Constitution. The Constitution lays down the basic structure of government under which the people are to be governed. All legislations (also known as statutes / acts / legislatures / enactments) find its authority in Constitution, thus if any LAW enacted is not in conformity with constitution will be regarded as ultra-vires to Constitution thereby invalid and void. 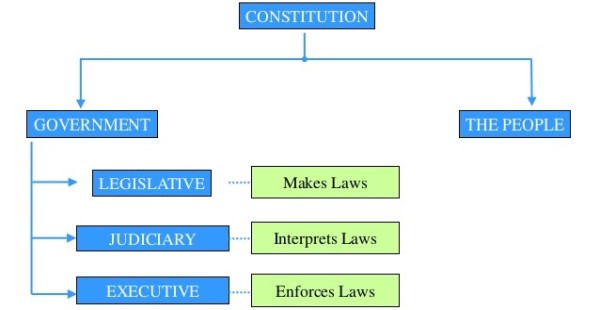 It consists of Parliament at Central Level & Legislative Assembly at State Level.  As far as passing of bills by Parliament is concerned, there are two types of bills :

A bill that deals with imposition, abolition, alteration of any tax.

A bill other than money bill.

- A Money Bill can be introduced in Lok Sabha only. If any question arises whether a bill is a Money Bill or not, the decision of speaker thereon is final.

Though passing of laws is responsibility of the legislature and not of executive, yet due to:

The legislature has found itself obliged to delegate quite a bulk of its legislative powers such as issuing of notifications, orders, schemes, circulars to executive organ.

The function of Judiciary is to read and interpret the statute.

Interpretation is the determination of the meaning of writing. It is the process by which a Judge (or indeed any person, lawyer, or layman) constructs from the words of a statute book, a meaning which he either believes to be that of the legislature, or which he proposes to attribute to it, is called 'interpretation'.

This doctorine requires that while interpreting two inconsistent, or, obviously repugnant provisions of an act, the Courts should make an effort to so interpret the provision as to harmonise them so that the purpose of the Act may be given effect to and both the provisions may be allowed to operate without rendering either of them useless.

Where two sections of an Act contradict to each other to such an extent that both cannot be harmonized, then rule is that, the subsequent section shall prevail over the earlier.

Internal Aids (Within the Statute):

External Aids (Outside the Statute):