Late Fee and Penalty for delayed filing of ST-3 Returns 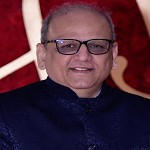 §  As per provisions contained in Section 70 of the Finance Act, 1994, a person liable to pay Service tax is required to file periodical return in prescribed form with late fee for delayed furnishing of return. It also provides the maximum amount of late fee payable.

§  The said Rule 7 also provides that if the return is not filed by the specified due date, the assessee is required to submit the return with late fee for the period of delay.

§  The scale of late fee payable has been prescribed in Rule 7C of Service Tax Rules, 1994 subject to maximum as prescribed under Section 70 of the Finance Act, 1994.

§ The scale of late fee payable as prescribed under Rule 7C of Service Tax Rules, 1994 is as follows:

§  If service tax return for the year 2008-09 is not filed till date, it can be said that, payment of late fees is relatable to period of delay in filing return and is not relatable to assessment period. In other words, the period between the due date and the actual date of filing return is relevant for calculating the amount of late fees and such amount is required to be calculated as per rates prescribed in Rule 7C of the Service Tax Rules, 1994 existing on the date of filing the return.

§ Under the circumstances, the maximum amount of late fee as revised by Finance act, 2011 will be applicable to all the delayed returns filed after 08.04.2011 irrespective of the period to which such return relates.

§  The penalty can be waived under Section 80, if assessee proves that failure was due to reasonable cause. If late fee is paid, penalty will not be imposed.

§ If assessee is providing more than one service, there is only one penalty for delay in filing return and not separate penalties for each taxable service.[CBEC’s Circular No.76/6/2004-ST dt.03.03.2004].

§  If the gross amount of service tax payable is nil, the Central Excise officer may, on being satisfied that there is sufficient reason for not filing the return, reduce or waive the penalty.[proviso to Rule 7C of Service Tax Rules, 1994]