Success, the word itself speaks its story. Everybody wants to taste its deliciousness. But we all know that this single word has lot of difficulties and the level of struggle that exists in its journey. It is well said by someone-

Don't read success story, it will give you a message. Read failure story, it will give you an idea to get success. Every morning when I wait for the alarm of my cell phone in my unconsciousness, it rings, I switch it off and sleep again. In this modern age of technology, we are facilitated with snooze button to extend our sleeping time without any tension. But in real life, no snooze button exists.

Opportunity often comes, knocks our door only once and sometime its sound is not even hearable, so we have to be more attentive and in decisive mode. It is often said, "There is no shortcut to success." Success has the only way i.e. practice. But mind it, 'there is no shortcut to practice'. 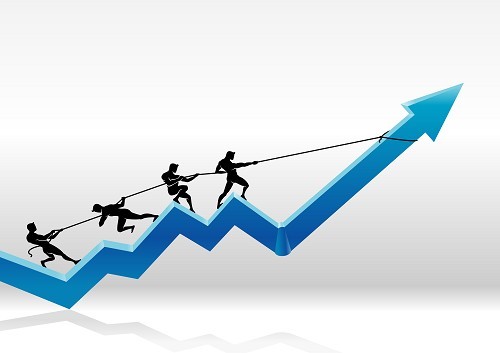 One must do practice again and again to get expertise and excellence. At last it is the excellence which counts. To get competence over any subject or work, practice is the most desirable act. There are four stages of competence or say four levels of competence. The first stage is known as unconscious incompetence. At this stage, the individual is not aware of his/her incompetence.

This is the level of fundamental ignorance. There is no need to worry because there are lots of things in this world which we do not know and therefore we have not perfection on those things or works. The next level of the competence is known as conscious incompetence. At this level of competence or say incompetence, the individual does have the knowledge of the area to get competence but he/she is incapable of being competent over the area under consideration. Suppose a person buys a BMW car but he does not know how to drive a car. Hence the person is standing on the second level. Now the most common, third stage of competence comes which is known as conscious competence.

This stage shows that person does have the competence over the relevant subject but it is only in his conscious mind. Just like a student who has memorized his speech well but is nervous and afraid of being forgotten the speech. At this level of competence, heavy consciousness is involved in executing the new skill. At last, the final level of competence comes known as unconscious competence. In the life of every individual, there are few works over which he/she has competence of this level. At this level, the person becomes so perfect that he/she can do his work with his unconscious mind also. For example, a very well competent driver never looks down at gear panel while changing the gear. Women, those use to do home affairs, becomes so perfect that they can cut the vegetables so nicely and safely even if they are involved in the discussion.

This level of competence can be acquired only by way of practice. I remember the wordings of my employer Either do practice three times before exam or give exam three times. Practice has the vital role in the journey to success. But it is also the fact that only hard work is not the key to success. One should make correct combination of hard work and time management.

Correct action at correct time gives correct reaction. But a correct action at incorrect time may cause a blunder also. The point which I want to raise here that along with practice and hard work a person must do time management. There is a maxim, Either manage your time or the time will manage you.At every stage of life time management has the dominant role over hard work. During my GMCS training in CA institute, one day a faculty member came to our class and asked a question,

If you are given one extra hour a day, what would you like to do.ï¿½ Some of my batch-mates answered that they would like to sleep. Some of them said that they would like to listen music of their favorite singers. One of my friend said that he would wash his cloths kept for last 10 days. I was also pondering the attractive answer but suddenly a thought came in my mind. Till then, my turn had come to answer. Although the faculty member did not give answer rather said that the question was just asked to check our minds and thoughts, I want to share my thought on that question. If one extra hour is allowed to me, first of all I will do the management of my time so that I need not demand an extra hour again. Success is not an end of efforts, rather it is an outcome of continuous efforts. It is well said by Whinston Churchill, Success is not final, failure is not fatal: it is the courage to continue that counts.

Most of the people use to throw in the towel way before the finish line. The trick to success is to continue pushing after others have given up. It's those left standing who live the lives of which they always dreamed. Success is a brutal journey, no matter what passions you are pursuing. There is much to learn from failure. At last I end this article with the historic lines of the movie