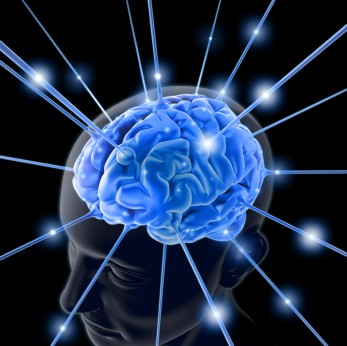 Innovation the mother of growth plays a pivotal role in the global economy since inception of the fire on this planet. Invention of wheel and fire were also innovation. The recent debacle of 2008 had changed the landscape of innovation across the globe. Policy makers across the globe have went through cut down on cost on various segments across every organization. Much of the effect has been on research and development segment which the house of the mother of innovation.

At the same innovators took a bold step and moved with their own enterprises. This resulted creation of copycats of large organizations since innovators can innovate techniques with modern minimum tools. This creates significant threats to the large organizations which spends billion dollars at the back of innovation. So where the threat lies and does the small innovators are threat to the giants.

Well the fact is completely different and large companies are unable to tap the resources of innovators who are striving for success. As corporate are unable to bear the cost of Research and Development I find Innovation labs needs to be created which will be an outsourced service for the big giants.

Companies are always on the toss about the end utility of various researches being carried internally. Say if an company whose R&D division does 5 innovation out of which only 2 can be utilized by the same company under the policies and business planning. Now the same company also bears the cost of the other 3 projects but it’s of no use. This rising cost of non income generating research has been ruling force behind shut down of R&D division by the companies.

Now if an Innovation Lab is being constructed by the innovators where they carry out various innovations for different companies then that should work wonders for many industries. Big corporate spends billions to attract the innovators. But innovators under the changing circumstances have shifted into their own world where they are looking for recognition. Hence companies should come up with maps to link up these Innovation labs where companies will pay only for the product which they find to be matching with their business model.

Well innovation labs might sound like an new concept and its highly required. As growing concerns about prolonged slow down in developed economies and volatile movements of the emerging economies the birth of Innovation Labs is highly required. In India we find one prominent and well investments driven Innovation Lab which can also be marked as the King of Innovation Bosch. Well the rest can be easily found from the website of the company. We needs Bosch type Innovation labs.

Today’s we find the biggest Innovation Labs are the NGO who are working on non profit targets. They have converted themselves into a perfect Innovation Lab. Innovation labs need not be an non-profit making organization they all needs to be an mission driven like the NGO’s.

Innovation labs needs the biggest attention of Investments banking segment since huge amount of capital will be required to invest in order to run the segment. Venture capital needs to flow into the Innovation Labs and at the same time the investors should be enough educated to understand the Innovation Labs business process and its risk.

Over the next decade we will need thousand of innovators and double the number of Innovation labs so that new industrial revolution can happen. Extensive capital needs to be deployed for keeping the industrial revolution alive matching with the speed of technological changes. Innovators play a pivotal role in the society in the coming decade. They are the ones who will bring the developed economies out from the dark nights of recession. For successful Innovation labs we should not direct them according to our thought line. Rather I would ask the innovators to dream the future and design accordingly since that’s the base line of the Innovation Lab. Corporate will not be able to dream like Innovators hence they should stay away from indulging into the minds of Innovators.

One more aspect I would like to accentuate is that providing additional financial support decreases the quality of innovation by corporate. The prime reason being the race of competition which forces innovation to catch up the wrong path which further finally leads loss for the organization in the long term.

Slowdown creates opportunities and Innovation lab is the future of the next generation. More Innovation labs gets into an economy the more revolution in various economies will happen in the coming decades. Well its up to India who will take the steps of numbers of Innovation labs.