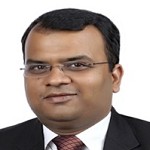 
In what is termed as the largest e-commerce deal in the world, Walmart has finally announced the acquisition of Flipkart. Based on the news report, it seems that the acquisition has been made of shares of the Singapore parent of the Indian entity from the existing shareholders. This transaction, apparently, seems to be another battle in the making between the tax authorities in India, and the selling shareholders of Flipkart India.

Based on the news report, the Singapore parent has selling shareholders who are resident of US, Mauritius and India. Given that the value of the Singapore entity is most likely to be substantially derived from India, a question that naturally arises is, whether such a transfer of shares would be liable to tax in India?

Clearly, if one were to look at the provision of the Income Tax Act, in the event the value of the Singapore parent is substantially derived from India, the shares of such entity would be treated as a capital asset situated in India, and transfer of such shares of the Singapore entity would be taxable in India under the Indian Income-Tax Act, both for the resident as well as non-resident shareholders.

If one were to evaluate the taxation impact on such transfer, it would be as under : -

As per Section 5 of the Indian Income-Tax Act, Indian residents are liable to pay tax on their global income. Thus, any gain arising to the resident shareholders, from sale of stake in Singapore entity , would be entirely taxable in India, provided they had direct ownership in the Singapore parent. Due to lack of any information on this account, it may be difficult to comment, if the Indian shareholders held shares in the Singapore parent indirectly, in which case, the tax implications, may vary. Since India does not have any Controlled Foreign Corporation regulations, in case the shares are held through an Intermediary Holding company, the same may not be taxable in India.

Given that the transfer of shares of a foreign company, which derives its substantial value from India would be taxable in India under the domestic tax laws, the taxability of foreign shareholders would also need to be looked at from the perspective of the Treaty between India and their country of residence. In this case, based on new reports and public information, it seems that the foreign investors, are registered in USA and Mauritius.

For the investors who are tax residents of USA, and eligible to the benefits of India USA Treaty, India has right to tax capital gains arising from the transfer of a capital asset situated in India, as per its domestic law. In such a case, transfer of shares of Singapore parent, which if treated as a capital asset in India, would be liable to tax in India, at the applicable rate and methodology prescribed under the IT Act.

For the investors who are tax residents of Mauritius, and eligible to the benefits of India Mauritius Treaty, under the current provisions, India also has rights to tax capital gains. However, there are grandfathering provisions in India-Mauritius tax treaty. Thus, any shares acquired before April 1, 2017 would not be taxable in India and would be taxable only in Mauritius. Consequently, transfer of shares by Mauritius Investors would not attract any tax in India, as per India-Mauritius treaty,if the investments are eligible for the grandfathering provisions. However, one should look at whether, if the investors have structured their investments through Mauritius solely for tax purpose, even though they are tax resident of other country, GAAR provisions could be applied to disregard the Treaty benefits.

In the present case, where the income is liable to tax in India, the buyer, would be under an obligation to withhold appropriate tax while making payments to foreign investors, depending on their tax liabilities determined as above.

Since there is a change of shareholding by more than 49%, any tax losses of the Indian entity, would no longer be available for carry forward for future years. However, given the limitation of 8 years for carry forward of tax losses, and the fact that online marketplace model takes years to turn profitable, one may say that these may not have any real value.

It's a long road ahead on the tax matter for the parties involved in the transaction and the tax office. As things unfold, one would need to see, whether this is another tax dispute in the making, which only time would reveal. At this stage, if one were to go by news report, the tax office has already shown that they are willing to explore the tax aspects of this transaction, sooner, than later.