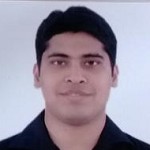 
Finance Bill 2017 has introduced new Section 94B - for limiting interest deductions in certain cases. This is a welcome step by the Indian Tax authorities, in their commitment towards applying the BEPS principles.

Assessees covered: The newly inserted section applies to those Indian Companies/ PE of foreign Companies which have taken a debt (in any form) from a Non-resident Associated enterprise

Threshold: This section shall apply only when interest obligation out of such debt exceeds INR one crore rupees in the relevant assessment year.

How much interest disallowed: Deduction for “Excess interest” not allowed while computing income from business or profession.

Meaning of excess interest: Amount of total interest paid in excess of 30 percent of EBITDA [Earnings before Interest, Taxes, Depreciation and Amortisation] of borrower or actual interest - whichever is lower. For example, Company B (India) paid an interest of INR 75 crore to Company A (USA) during FY 2017-18 (AY 2018-19). Assume that the profits before such interest, other taxes, depreciation and amortisation of Company B for relevant period are INR 200 crores. Thus, for the purposes of Section 94B, Company B would be allowed a deduction of interest on debt to an extent of 30% of INR 200 crore, i.e. INR 60 crore. Hence, the balance INR 15 crore would be disallowed to Company B while computing its profits from business.

Exclusions: These provisions will not apply to borrowers engaged in business of banking or insurance

Deemed AE for Section 94B: A debt transaction originally entered into between two unrelated entities, but backed/ supported by an implicit/ explicit  guarantee by another AE of the borrower, will lead to deemed treatment of the debt transaction to have been entered into between two AEs. For example, Company A (US) lends INR 500 crore to Company B (India), both being unrelated to each other. However, the terms of debt arrangement are so designed that Company A lent the money to Company B only on account of an explicit guarantee provided by Company C (holding company of B). Thus, involvement of guarantee from Company C to Company B, will bring the original debt transaction between Company A & Company B within the ambit of this section by deeming them as AEs.

A Company’s financial results are as follows:

In the instant case, while computing the taxable income of the Company, Section 94B has to be considered and the disallowance would be triggered as under:

Disallowance under section 94B – Lower of excess interest (13 million) or actual interest paid to AE (11 million) = i.e. INR 11 million will be disallowed.

* The views expressed above are based on personal understanding of the author.