IND AS - 10 events after the reporting period 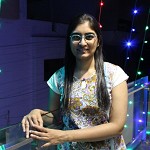 Before going through the aforementioned Ind AS, it is very crucial to understand its nomenclature and reason for its existence.

Ideally, transactions relating to relevant Reporting Period are recorded in the relevant Financial Statements. However, there are several events which happen after Reporting date but are significant for respective Reporting Period to show true and fair view and for the purpose of stakeholder’s decision making. Thus, reporting of significant events, occurring post reporting date, are required to maintain transparency of financial statement.

An entity should not prepare its FS on GOING CONCERN assumption if the very existence of the assumption is inappropriate or non-tenable.

Eg. ALtd. was manufacturing cardboxes. It has finalised its FS for the year ended 31/03/2016. On 05/04/2016 a massive fire broke out in its factory leading to destruction of all machinery and raw-material. Thus no more production could be undertaken in the factory. This event has significantly endangered the Going Concern assumption of the entity. Now the company is required to re-instate its FS without assuming the Going Concern assumption.

Opinion: The Company may record all assets at their Realisable value.

Exception to above definition:-

Summary Note: - Events after reporting period are business activities that happen after balance sheet date but before approval of FS by approving authority which may affect the FS favourably or unfavourably.

Normally, Dividends are PROPOSED by Board of Directors and it is subsequently APPROVED by shareholders in Annual General Meeting. The following entry was passed earlier for recognising proposed dividend-

Now, as per this IND AS NO PROVISION FOR PROPOSED DIVIDEND is to be recognised in FS. The logic behind such change is-

No liability exists on Reporting Date and liability occurs only when shareholders approve the proposal of dividend of board. Thus, the liability comes into existence after AGM is conducted.

APPENDIX A: DISTRIBUTION OF NON-CASH ASSETS TO OWNERS

(This Appendix is an integral part of Ind AS 10.)

This appendix deals with when to realise dividend payable, in cash or by way distribution of non-cash asset, to Share Holder.

When to recognise a dividend payable?

As discussed earlier, dividend payable will be recognised when it is approved and authorised to be paid unconditionally.

Measurement of a dividend payable

Fair value (Determined as per Ind AS 107 Financial Instruments: Disclosures) of the assets to be distributed.

If, after the end of a reporting period but before the financial statements are approved for issue, an entity declares a dividend to distribute a non-cash asset, it shall disclose:

Opinion- The applicability of above Appendix-A is questionable as Section 123(5) of Companies Act, 2013 prohibits payment of dividend in any manner other than cash. Thus, distribution of Non-cash asset to owners as dividend is prohibited.

Note: The views expressed in the Article may not match with the views of others. Before accepting & applying, take the expert opinion.