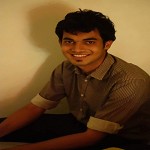 
There are basically 5 heads under which income earned by an assessee (taxpayer) is taxed:

Under the Income Tax Act, properties are classified as Self Occupied Property and Let Out Property (rented out). This article mainly focuses on a few aspects of Let Out Property. Income from House Property means the annual value (rentals) of property being buildings or land of which the assessee is the owner. (other than property held by the assessee for the purpose of carrying on any business or profession)

Here comes the catch, How is the annual value (rentals) determined:

The annual value of any property shall be:

i) Where the property is not let out (rented out), the annual value shall be the sum for which the property might reasonably be expected to let from year to year or

On analysis of the above 3 points, following interpretations can be drawn:

• In point i) above, the Income is being solely computed on a notional basis. There is no real income accruing to the assessee, however he is required to pay tax on fair rent that the property would fetch

• In point ii), the Income is computed on the basis of actual rent received or receivable subject to the condition that it is higher than the fair rent

• In point iii) above, the Income shall be computed on the basis of actual rent received or receivable, even if it is lower than the fair rent, subject to the condition that the property was vacant during the year (better known as vacancy allowance)

Note: In case of a taxpayer owning 2 or more than 2 properties, he shall be eligible to opt any 1 of the properties as Self Occupied Property, even if he is not residing at that property. In that case the above points shall not apply to that particular property and the annual value shall be nil before allowing deduction for interest on loan.

Now, just take an example of an Individual owning 2 house properties. Fair rental value of first property being Rs 6,00,000 per annum and that of the second being Rs 3,00,000 per annum. As a man of ordinary prudence he would obviously opt for the 1st property to be self occupied and the other to be let out due to the difference in fair rent. Let us continue the example with the help
of the following scenarios (for the let out property)

Scenario 1: The property was not earlier let out and is not let out during the year

In this case, the Income from House Property would simply be the fair rent i.e. Rs 3,00,000 before allowing the deductions

Scenario 3: The property was let out during 2010 but is now vacant for the whole year

In this case, the Income from House Property shall be nil, as the assessee would be entitled to claim vacancy allowance since the property was let out in the year 2010.

Let us first understand Scenario 3 which is linked to point iii). Due to a event in the past of giving the property on rent, one can avoid paying tax on notional basis and claim the Income from House Property to be nil for the current year. How good is the law. As professionals, no would would like to advise their clients to enter in to a lease agreement for one month and keep claiming vacancy allowance for future years.

Taking Scenario 1 and 2, it gives an authority to the government to collect tax on notional basis that is on income which has actually not been earned. It is difficult to understand the rationale behind such a law. Is there a rebuttable presumption by the Income Tax Department that the amount is collected in cash and not been recorded in the books or are they just refraining from their duty to find out the actual value of the transaction? I really wonder whether it is even constitutionally valid to collect tax in such situations.

Just imagine the magnitude of such a law with a builder having 200 to 300 unsold flats and not being in a situation to let them out. The amount of tax on income (notional) would be quite significant. Recently, in the Finance Act 2017, there has been an insertion stating that the annual value of property held as stock in trade shall be nil for a period of one year from the date of obtaining completion certificate from the competent authority. This insertion has definitely brought some temporary relief to the real estate industry. However, here is a situation where tax liability can be avoided by simply delaying the obtaining of completion certificate and these are definitely not the ways one would like to avoid tax liability.

There are other instances too under the Act where tax is being levied on notional income. A few of them are stated as under:

With the evolution of technology and passage of time I can only hope that such provisions in the law ceases to exist. However, even with such a critical analysis of the law, the government(s) in the past have been bound to make such provisions because of a few people. As Joseph de Maistre said “ Every nation gets the government it deserves ” similarly we've got the law we deserve.

How to save money without investment